Motor Vehicle Accident (MVA) Fund has paid out P1.9 million towards the funerals of people who died in Botswana roads since January 2015.
This is according to Francistown Branch Manager, Keitumetse Nkala who recently addressed a Local Route Service Mini Pitso in the city which sought to address the concern of rising fatal road accidents. The Pitso, organized by the Department of Road, Transport and Safety, was attended by public transport operators, the police and other stakeholders.
“We are concerned by the rate at which accidents occur on our roads; public transport is immensely affected, that is why we found it fit to talk about these statistics here today. Road crash challenges do not only affect families of the deceased, even the country’s economy suffers big time. The money that the fund is paying is from the government. MVA Fund pay victims’ medical care and rehabilitation, loss of income, funeral expenses and loss of support; which amounts to a lot of money every year,” he said.
According to the statistics provided by MVA, from January 2016 to this date, 259 people lost their lives in road accidents, with the fund paying benefits over P1.9 million. According to Nkala, “In 2015 we lost 411 of our people and as the fund we paid funeral benefits of over P3 million… In 2016 as of now we lost 259 of our people on our roads and the fund has already paid over P1.9 million, and this only includes funeral expenses, not other claims,” he said.
On other claims recorded for the year 2015, Nkala said a total of 6203 medical claims including 2410 severe injuries were made. Of the severe injuries, 119 constituted spinal cord while 354 were head injuries. There were also 1897 multiple injuries and 40 amputations.
There were also 442 cases of loss of support claims among 2 263 monitored cases; of these, 426 were spouses and 448 parents who made claims for losing their breadwinners and in need of care. Actual claims of loss of income stood at 170.
“It must be noted that, the monies from the fund are derived from fuel levy; we used to get 9.5 thebe per liter for every vehicle but it was decreased to 5 thebe per liter in 2014. That has decreased our income but unfortunately the accidents have now increased to a point that we foresee a situation where the money will all be used up and the fund left with nothing to help the people,” Nkala explained.
According to the statistics he provided, in 2014, P90million was raised, and total claims of P57million were incurred, while P122million was raised in 2015 but claims came to P149million.
“This calls for all Batswana to stand up and come up with interventions, occupational road risk programmes aimed at promoting road safety culture in the workplace, encourage defensive driving. We at MVA are urging public transport operators to give us time so that in one of the days they can undergo a workshop on the above. We just need their time which they are reluctant to give, we shall cover the expenses for that workshop,” pleaded Nkala. 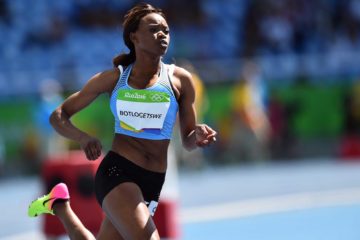