A Bleak Future as KBL Drowns in Alcohol Ban

As a result of the ban on sale of alcohol as one of measures geared at containing the deadly Coronavirus disease (COVID-19). Millions of Pula will be eroded in KBL’s balance sheet.
For the year ending 31st December 2019, KBL’s financial performance was not so impressive. Profit after tax declined by 8 percent, shedding a cool P28 million to sit at P302.7 million.
At that time, the St Louis lager brewer sold 1 536 500 000 hectolitres of alcohol. The beer volume sold was however 26 percent lower than the beer volumes sold during the previous reporting period (31st December 2018).

This means that KBL, under the captaincy of Managing Director Thabo Mathews sold an average of 128 million hectolitres of alcohol every month. Further, it means that profits accrued to an average of approximately P25 million per month in 2019.

That is however about to change, according to Motswedi Securities Head of Research Garry Juma. He believes that trouble has re-emerged for the beer maker. To him, the ban on sale of alcohol for one month (or rather indefinitely), threatens the company’s cash-flow.

The stock market analyst argues that KBL’s core business is the sale of alcohol. “If they stop selling alcohol, they lose money,” he said. In 2019, KBL sold 128 million hectolitres of alcohol every month, which resulted in an average of P25 million in monthly profit.
According to Juma, KBL will not sell alcohol until at which the lockdown and/or state of emergency completes. “Sales volumes will significantly decline, and that will significantly eat into the profits expected by shareholders of KBL,” he stated, adding that KBL will lose millions of Pula.

What will further chip away at the KBL profits according to the financial analyst is the fixed costs which KBL has to incur even at a time when the company will be making less from sales.
“Staff salaries have to be paid, even though KBL will derive no value from the sale of beer. Rentals and other supplier contracts and other administration expenses will gobble up chunks out of the company profitability,” he said. Juma only hopes that the lockdown will not last longer than expected because the longer it drags, the more KBL drowns.

Further, Juma worries that even post COVID-19, household income will have dwindled, so much that it may significantly reduce the demand for alcohol. Already, several companies have forced their employees into a one-month unpaid leave over cash-flow uncertainties as the lockdown begins, while some are contemplating layoffs. Some will pay their employees half salaries. Juma is worried however that some companies could collapse because of COVID-19. The informal sector, which supports so many households, is also on shut down. As a result, Juma said the little income made by households will only be used for basics like food, while less basics like alcohol will suffer.

“So for as long as disposable income is under pressure, KBL and other liquor traders will suffer,” he said, adding that for KBL, the share price will take a hit as investors may pull back during these uncertain times. KBL was on a path to recovery after its share price and profitability took serious hits, because of the levy.

On the Botswana Stock Exchange (BSE), KBL trades at P22 per share.
Juma fears it could depreciate again. For his part, KBL MD, Mathews admits there will be challenges brought by COVID-19, but declined to go into details for now.

How To Keep Your Child Learned During the Lockdown

A Bleak Future as KBL Drowns in Alcohol Ban 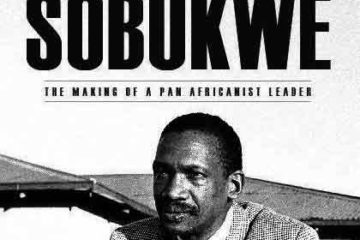