Researchers have indicated that Southern African countries including Botswana could experience high food prices this year, following renewed food insecurity as army worms continue to destroy agricultural production in the region.
Botswana and other countries in Southern Africa could be forced to import more food than anticipated from the international market which could push up food prices in the region. “The expected weak crop harvests remain a key upside risk to inflation in Southern Africa, especially given the heavy weighting that food comprises in most countries’ consumer price index baskets. With our core view for inflation being predicated on the expectation of a return to strong harvests, setbacks posed by floods and army worm could push up prices to a greater extent than we are currently anticipating,” states Business Monitor International (BMI) researchers in the annual Africa Monitor Report.
BMI researchers further revealed that Southern Africa remains susceptible to floods which pose an ongoing risk to food security in the coming quarters. “Specifically, after severe dry conditions in recent years, Southern Africa is more susceptible to wet weather which is washing away crops and reducing the size of its harvests. Zimbabwe has already experienced heavy rainfall, which could temper significant growth in agricultural output. Given the recent bout of drought in the wider region, we see this as a risk for the broader region as well,” said BMI researchers.
The researchers said  continued risks posed by adverse weather and the increased presence of army worms represent  significant threats to harvests across Southern Africa in the coming months. BMI indicated that the pests, which damage staple cereal crops such as maize, wheat, sorghum, millet and rice, were first identified in Southern Africa in December 2016 and have since spread quickly throughout the region. Zambia and Zimbabwe have already been affected, with reports suggesting the army worm infestation has spread to Namibia, South Africa, Malawi and Mozambique, according BMI. Figures show that around 130,000 hectares of maize have already been affected in Zambia which is around 9.0% of the average planted area annually and seven out of eight maize-producing provinces in Zimbabwe and 9,000 hectares in Malawi have had outbreaks.
BMI believes that while regional governments are putting in place adequate prevention measures and receive aid in order to avert substantial losses from the army worms, there is potential that countries could fail to control the outbreak. “There is potential that aid funding will be insufficient. Meanwhile, sizable fiscal deficits in the region, as revenues have waned in the wake of the global commodity slump, could constrain these countries’ ability to allocate substantial funding towards operations aimed at controlling this outbreak. Effective controls may also be hindered by poor transportation networks to rural areas and use of the correct pesticides to target the army worms.” 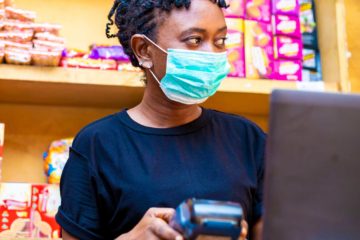