When President Ian Khama and Cabinet decided to drive the final nail in the coffin of the sleepy township of Selebi Phikwe last week, closing the BCL Mine, it was the culmination of a protracted period of bad corporate governance and political grandstanding that pervades the whole landscape of public institutions in Botswana, an anonymous expert told The Botswana Gazette.“Good corporate governance entails having boards that look out for an institution’s best interests, but look at how many political appointees such as permanent secretaries sit on all the boards; interests are bound to clash because our boards are not independent,” he pointed out emphatically.
“There is an overarching paranoia of criticism that our Government has, but criticism is meant for the betterment of how things are done,” he said.“We have known that BCL would close one day, but what was done about that? Polaris II strategy was a classic case of too little too late,” said the source.The expert points to alternatives that could have been implemented such as partial and gradual closure, while “mine tourism” could have been established at the old shafts. He is adamant that there are many alternatives that could have been explored well ahead of time.
“The story of how BIUST was located in Palapye, instead of a place that needed an economic boost such as Phikwe, is well documented; expert advice was disregarded because Palapye had political clout,” he said.“In terms of policy formulation, we are excellent and we have BIDPA (Botswana Institute of Development Policy Analysis) which is a good thing,” the source expounded.
Additionally, Boikobo Paya, Head of Research at BIUST recommends the setting up of a “truly national Strategy Office” and “move away from five year development plans to 20 year development plans, co-terminus with the national Vision, implemented through five year development plans.”He also points to a need to have “technocrats with integrity, who are properly selected and incentivised” to lead mega projects.
The World Bank Group notes that the country’s overall resource envelope of P8, 6 billion ($800 million) per year surpasses its P8, 45 billion ($785 million) needs estimate but loses $68 million a year to inefficiencies and faces a funding gap of P3, 28 billion ($305 million) per year, in the power sector alone “traceable to the quality of spending decisions.” He cites as an cabinet’s failure to appoint a board for Botswana Tourism Organisation (BTO) and Minister Tshekedi Khama’s consequent lackadaisical response to parliament where he said “We were still looking for the right people.”
“Which talent are we looking for when there is so much to pick from in this country,”retorted the expert.Observers have previously talked of a gap, a disparity between recommendations made by would-be advisers and final actions taken by Government, reflecting a failure to soak in ideas- and innovations that citizens have to offer, some educated at great cost to the national coffers, over the years.
“How do we lose talent such as Bogolo Kenewendo who is now advisor to the Government of Ghana. We also lost Roman Grynberg who was at BIDPA, who was disregarded because he was seen as anti establishment,” he said.
PROJECTS IN THE PIPELINE
Botswana International University of Science and Technology (BIUST) research fellows, warn that the country needs to find a more deliberate approach, particularly to mega projects. Paya warns that the country needs to initiate research and development, develop planning processes which will address governance, risk management, procurement and quality assurance, for all mega projects.
According to Paya there is need then to implement reforms that will facilitate the flurry of infrastructure development projects planned for the next ten years.
The country has several projects with a huge political and socio economic bearing that are in the pipeline. One such project is the Square Kilometer Array (SKA) project that will be implemented in Botswana in 2023. BIUST has been nominated by the Ministry of Infrastructure, Science and Technology (MIST) to host the Newton Fund Project on behalf of the Government of Botswana with the objective of building science and engineering capacity in radio-astronomy, in preparation for SKA project. This project will cost P4, 5 billion.
The North South Carrier (NSC) is the largest engineering project ever undertaken in Botswana. The combined value of both Chobe and Zambezi pipeline will cost P28 billion. The 1600 kilometre Trans Kalahari Railway running to Walvis bay, has been costed at over P180 billion, if Government decides to go ahead with it. The total cost of Cut 8 at Jwaneng Mine is quantified at P24 billion until 2024. But fifty year old Botswana is no different from the rest of the world, with gross mediocrity epitomised, realising averages cost overruns of 97 percent. 65 percent of projects, globally, are considered failures. 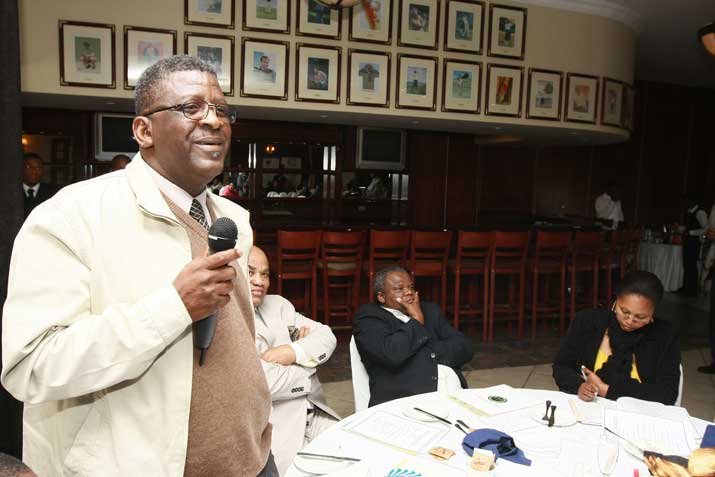