Botswana Housing Corporation (BHC) experienced a decline in profitability on the back of low margins from sales of its stock in areas further away from its main markets of Gaborone and Francistown, The Botswana Gazette has established.

Botswana’s public housing agency is blaming intermittent lockdowns imposed by government to control the spread of the COVID-19 virus for low activity levels at its construction projects. It recorded a profit after tax of P5.3 million for the year ended 30 September 2020, a decrease of P12.1million compared to P17.4 million in 2019.

Among BHC’s serious woes is a profit after tax of P5.3 million for the period under review, a decrease of P12.1 million compared to P17.4 million in 2019, representing a 70 percent decline. The drop in profit comes with a marginal drop in revenue of just 14 percent.

“As sales revenue was the major revenue contributor during the period (when) the Corporation’s profitability was impacted by low margins from sales,” says Chief Executive Officer Reginald Motswaiso. “The sales mix was predominately made up of new stock which has lower margins compared to old stock which has appreciated in value over time.”

Motswaiso has attributed the decrease in revenue mainly to reduction in revenue from construction and management contracts which decreased by P69 million, representing a 41 percent decrease year-on-year. “The reduction in this revenue stream was on the back of low activity in construction projects due to the lockdowns,” Motswaiso says.

But the corporation’s major revenue stream, sales revenue, performed well during the first half of the financial year, increasing year-on-year by 15 percent to P90 million. Motswaiso says this positive performance was driven by high sales volumes. However, the margins on the sales were low due to the sales mix between old stock and new stock.
“During the period under review, new stock, which has relatively lower margins, dominated the sales mix,” he notes. “This was further exacerbated by the fact that some of the sales were in areas away from the main markets of Gaborone and Francistown.”

Rental income, which is the second major revenue stream for the Corporation, increased by P7 million to P103 million compared to the same period in the prior year, according the financial results. This income line has increased due to some housing units added to investment property portfolio during the first half of the year.

“The units added to investment portfolio were leased at cost recovery rentals,” says the report. “During the first half of the year, the amount of rental arrears increased from P10 million to P14 million, representing a 45% increase. This increase in default rate put further pressure on profitability due to impairment adjustments. The vacancy rate at the end of the review period was 1.05%, which is below the Corporations benchmark rate of 1.5 percent.” 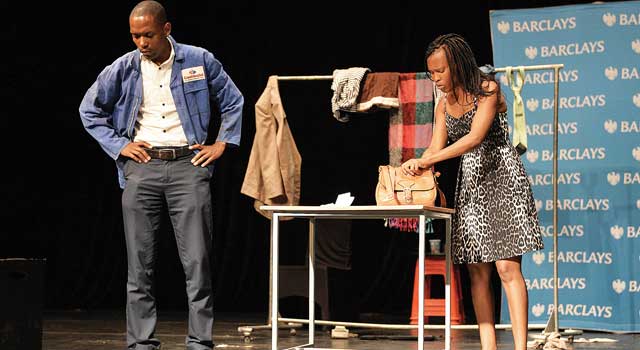