Operating profit for the life business increased by a moderate 2 percent due to subdued operational earnings from most key business lines under challenging operational conditions.

The Botswana Insurance Holdings Limited (BIHL) Group last month declared dividends of P202.4 million and opened up for registration for dividends until 28 September, with the payment of dividends set for 14 October.
In its Abridged Unaudited Group Financial Results for the Six Months Ended 30 June 2016, the BIHL shows that it paid P126.5 million as dividends last year, and the dividends this year increased by P75.9 million. The BIHL is listed in the Botswana Stock Exchange and has total assets worth P14.5 billion, an increase from P13.5 billion of last year.
It registered a profit after tax of P263.8 million, a 9 per cent drop from P288.8 million last year. “Operating profit for the life business increased by a moderate 2 percent due to subdued operational earnings from most key business lines under challenging operational conditions. The asset management business was adversely affected by underperforming global equity markets while legal insurance business was adversely affected by additional claims provisioning and increased operational costs,” the Group says.
It notes further that “share of profit of associates witnessed the anticipated increase of 38 percent
due to the increased shareholdings in Funeral Services Group and Letshego Holdings Limited and recent investments made in associates Botswana Insurance Company Limited and Nico Holdings Limited.”
BIHL elaborates that investment income which comprises dividend income and interest income increased significantly compared to prior year, saying investment losses were incurred on shareholders assets that can primarily be ascribed to underperformance in global equity markets. It notes that this area remains susceptible to market volatility.
BIFM Holdings Group, its asset management business, posted strong half year results in what it termed as a challenging business environment and heightened market volatility. “The results are also reflective of the success and robustness of our realignment strategy which we embarked on and completed in 2015, the business is stable and geared for growth,” the BIHL said.
On the short term insurance business, the Group said 2016 marked the second year after the restructuring of Legal Guard following the sale of the general insurance lines business in August 2014, and said; “The first half of 2016 was devoted to carrying forward the positive changes from 2015 whilst at the same time reflecting on the challenges of retaining a market leadership position in the legal insurance space. The business continues to prioritize revenue growth, optimizing a cost effective and efficient claims administration model, customer centricity as well as realigning processes to deliver efficiencies.”
Net premium income decreased by 11 percent year on year at P1.145 billion compared to P1.292 billion for the comparative six months on the business’ life insurance operations, handled by Botswana Life. The decrease, according to the Group, was mainly due to a number of material single premium transactions relating to retirement schemes that were concluded in the first six months of 2015 and were not repeated in 2016.

Ofentse goes for a win in the marriage business 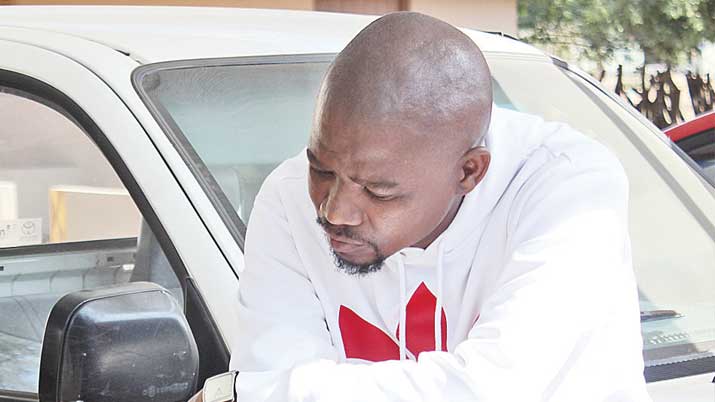