Botswana National Beef Producers Union (BNBPU), an organization which represents the interest of cattle farmers in this country has intercepted Botswana Meat Commission (BMC) privatization following fears that the privatization model suggested by government could collapse the small holder cattle industry.
BNBPU indicated that following their concerns regarding the privatization model suggested by government, Minister of Agriculture Patrick Ralotsia decided to suspend his cabinet memorandum instructing the undertaking until a feasibility study is done and until the ministry together with the union have thoroughly consulted on recommendations.
According to the union, farmers are worried that the privatization model suggested by government is silent on how the interests of small holder farmers will be promoted and does not clearly define the role cattle farmers will play under a privatized BMC. “Section 4 of the BMC Act clearly states that the purpose of the BMC is to promote the interests of cattle producers. It is the BNBPU’s view that before any consideration can be given to the privatization of the BMC or the liberalization of beef exports, a holistic strategy must first be formulated by cattle producers to define the role cattle producers will play in the Botswana beef value chain going forward… a role that will protect and promote the interests of cattle producers,” said BNBPU in a statement.
It appears that the union wants a farmers’ cooperative owned by cattle farmers to partner with private investors who would buy BMC. “BNBPU is proposing the creation of the Botswana Cattle Producers Cooperative (BCPC) which, in partnership with private sector investors, would operate BMC abattoirs. There are several models around the world where producer cooperatives-private investors model has succeeded in operating professionally managed meat processing and marketing companies by striking the right balance between the commercial interests of producers and investors. It is the view of the BNBPU that this type of arrangement adapted for Botswana might be an ideal solution for the Botswana beef value chain.”
According to the union Chairperson Mudongo Direng, the new study sponsored by EU is expected to ascertain if the privatization model is feasible and if so, to advise on organizational structure, enabling legislation and implementation of the model. Direng has expressed confidence in partnership in the running the privatized BMC, saying it will allow farmers to participate in transforming the cattle production sub-sector for the benefit of the current and future generations of Botswana cattle producers.
Eighty percent of cattle supplied for slaughter and export are from small holder farmers, according to figures from BMC.
It is envisaged that the BCPC would hold shares in the privatized commission and own professionally managed company that uses the enormous purchasing power of thousands of BCPC members to buy and distribute farming inputs required by cattle producers at the cheapest possible price. This is expected to ensure that inputs such as fencing, feed, medications, machinery, pumps, motors, pipes, tools, fuel, lubricants are much less expensive than inputs from commercial agricultural supply companies.
BCPC also wants to operate a company that offers its members a variety of discounted services including financial services such as insurance, veterinary services, borehole drilling, cattle transport and extension support.
The union also wants with the privatized BMC a liberalized beef industry which can allow the establishment of a BCPC-owned company that will buy and slaughter cattle and process, market and export beef to avoid monopoly of the beef  export business.

The return of the P1 million soccer-fest 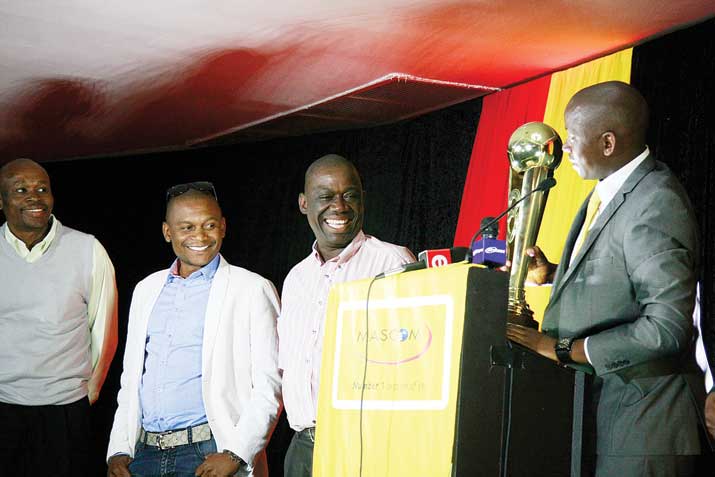