Almost one term into her appointment as Principal Officer at the Botswana Public Officers Pension Fund (BPOPF), Boitumelo Molefe seems to be achieving her quest to uproot mismanagement of pensioners’ money and grow the Fund, hence the ongoing prosecutions of suspects in alleged raiding of BPOPF. Molefe has also successfully identified irregularities in Zimbabwean businessman Strive Masiyiwa’s attempts to acquire shares in Mascom and stopped him. Staff Writer KEABETSWE NEWEL reports

Molefe has put a stop to an ongoing fight for control of telecommunications giant, Mascom Wireless. In that failed transaction, Molefe found out that Zimbabwean billionaire Strive Masiyiwa connived with MTN South Africa for the former to acquire 53 percent shares in Mascom, shares held by MTN.

Molefe then moved to stop the sale of the shares in Mascom after it turned out that BPOPF, the second largest shareholder in Mascom, was not given its pre-emptive rights to purchase the shares.
Molefe has told this publication in an interview that MTN, South Africa’s telecommunications behemoth, received an unsolicited offer from Econet, a company owned by Zimbabwean billionaire Masiyiwa. “BPOPF was neither given priority nor consulted prior to this,” she said. “It was purely a discussion between MTN and Econet.”

She emphasized that the process denied BPOPF its pre-emptive rights. Infact, it was found that Masiyiwa, through his company Econet, sealed a deal with MTN in November 2018 for Econet to buy the 53 percent owned by MTN without the knowledge of BPOPF. The plan was to corner BPOPF into agreeing to the deal. What baffled the BPOPF Principal Officer was that Econet planned to sign a deal with MTN and then facilitate the listing process in six months, listing the shares on the Botswana Stock Exchange (BSE) and pocketing the cash. It emerged that Econet was not even going to pay a single thebe but use the proceeds of the Initial Public Offering (IPO) to pay MTN a P3.1 billion asking price and then pocket the rest. Molefe could not take that and moved to stop the sale.

Her position is that Mascom belongs to Batswana and that BPOPF, through pensioners’ funds, had invested far too much in the company to just let it be taken on a silver platter. “BPOPF will facilitate for the listing of Mascom in a fair manner when the time is right,” she said.

MTN has since withdrawn from the transaction. Not only did Molefe stop the irregular takeover of Mascom, she fought a fierce battle after discovering that around P477 million in pensioners’ money was allegedly misappropriated by asset management firm Capital Management Botswana (CMB). As it stands, three implicated persons in Managing Director (MD) Rapula Okaile, Director Tim Marsland and Permanent Secretary to the President (PSP) Carter Morupisi (who was said to have benefitted from proceeds of crime) are facing corruption charges, thanks to Molefe’s relentless fight against corruption.

For quite some time now, BPOPF has been at war with CMB hundreds of millions belonging to pensioners. BPOPF had mandated CMB with a total of P880 million under a private equity fund called the Botswana Opportunities Partnership (BOP) in which BPOPF was Limited Partner while CMB was the General Partner. It emerged that CMB was somehow involved in improper dealings that baffled Molefe at BPOPF. By mid-2017, a hefty P447 million was drawn down by CMB. When the fund manager requested a further P77 million drawdown, BPOPF, which was unhappy with the conduct of CMB, declined. As a result, CMB declared BPOPF a defaulting partner, proceeded to claim that it had sold assets of BOP and paid BPOPF a settlement fee of only P50 million despite having drawn down almost half a billion. On the other hand, BPOPF also tried to terminate CMB, leading to a stalemate.

In December last year, BPOPF took CMB to court seeking to legitimise its decision to terminate CMB as General Partner in BOP. However, the case was successfully defended by CMB. To Molefe’s credit, she did not give up and kicked Plan B into action. It entailed teaming up with the Non-Bank Financial Institutions Regulatory Authority (NBFIRA) to get CMB placed under statutory management. It was then that BPOPF wrote to NBFIRA, pushing the regulator to either suspend or cancel CMB’s licence because CMB was in breach of several of its contractual obligations. BPOPF also filed an alternative application which supported NBFIRA’s application to place CMB under statutory management. The cases were then consolidated because they carried a similar motive. While the effort to place CMB under statutory management was rejected by the High Court, NBFIRA and BPOPF emerged victorious at the Court of Appeal. The victory means that efforts will be made for the BPOPF to recover monies which CMB is accused of have misappropriating, thanks to Molefe’s steadfast determination.

While P447 million was drawn down by CMB, there are reports that only P200 million is recoverable but implicated persons are currently facing charges. From time immemorial, the wealthy public pension fund was viewed as a means to ‘get rich quick’ where some service providers mismanaged funds to the detriment of pensioners. For years, before Molefe was employed at BPOPF, the institution never new peace. If it was not infighting for power within its structures, it was raging boardroom wars for lucrative tenders and mandates within the BPOPF. Political interference was also the order of the day at the Fund.

Appointments were made on a preferential basis and with little regard for expertise. Before Molefe was appointed to head BPOPF in 2015, the Fund had operated for two full years without a substantial CEO, not because the board was unable to find a suitable recruit but because of the boardroom wars at what is by far Botswana’s richest pension fund. Ephraim Letebele, then CEO, was dismissed controversially at a time when Rapula Okaile (now CMB MD) was BPOPF chairman. He subsequently left to establish CMB whose first contract was awarded under former acting CEO, Lesedi Moakofhi, who was made to act in the position for two years after Letebele was dismissed.

After Molefe was head-hunted from Debswana Pension Fund (DPF), transformation efforts started to emerge under her stewardship, a development that was unexpected by many.
Under her leadership, the fund started taking decisions against improper actions by service providers, mainly asset managers who managed billions of pula in pensioners’ funds. Molefe immediately restructured BPOPF, which seemed to have been aimed at creating efficiency and shedding less useful personnel and systems, reducing overheads for the fund in the process. Still driven by her quest to prudently manage money belonging to pensioners, under Molefe’s reign, BPOPF expressed concern over high management fees paid to fund managers and steps were duly taken to address the matter. Before her appointment, the concerns were there but action to address them was never taken.

As a new broom at the Fund then, Molefe was bold enough to react quickly to a scandal by one of the asset managers which saw her terminating all its contracts, something that could never have happened under the old BPOPF leadership. A CEO at one of the asset managers was implicated in improper financial transactions because Molefe’s administration felt that those kinds of transactions had possibilities to jeopardize pensioners’ funds, hence the termination. Her actions presented her as a result-driven professional who intended to keep her nose to the grindstone. It is under Molefe’s reign that BPOPF, for the first time ever, enforced policies aimed at developing citizen companies and ensuring that BPOPF cash empowers Batswana.

In its November 2016 sitting, the BPOPF board of directors approved a Citizen Empowerment Policy aimed at empowering citizen-owned fund and management businesses during the process of growing the fund. Effective 17 November 2016, the policy will ensure training and skills transfer to citizens, job creation, employment equity, and management control, as well as citizen shareholding.

Under the policy, BPOPF requires that a minimum of 25 percent ownership in companies providing services to it be reserved for citizens. It will also require 50 percent Batswana citizens at board level and 70 percent in executive management. Further, the company being awarded tenders should have an employment equity policy signed by the Board/Board Chairman to see citizen employees being empowered by equity in the long run. Goods and services alike shall be procured locally as well. 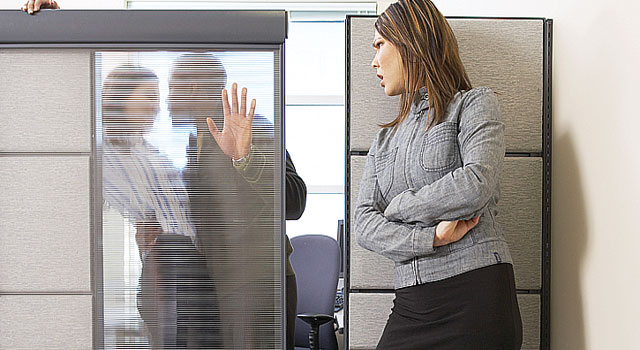