As Botswana’s economy gears up for hard times ahead, the need for business and financial professionals will increase.

Over the last 40 years, Botswana has shown some of the fastest economic growth on the planet. Wise management of the country’s rich diamond deposits along with sound governance have ensured that the country has maintained a high credit rating and is one of few countries in sub-Saharan Africa that has been forecast by the International Monetary Fund (IMF) to post economic growth of around 3% for 2016.
Although it has been able to maintain bullish growth despite a global economic slowdown, the country will face challenges in 2016. A harsh drought is affecting Southern Africa, including Botswana, hitting agriculture and water resources hard. In addition, unemployment remains a headache, sitting at around 19%. Graduates report difficulties landing a job upon leaving university and government has accused the private sector of not doing enough to create jobs.
So how can the country build on what it has achieved so far and keep on moving in the right direction, despite the challenges?
Many believe that for those willing to create their own opportunities and persevere no matter what obstacles they encounter, the sky is the limit in Botswana.
“Many young people are waking up to the harsh realities of unemployment and are starting their own businesses,” says Tony Mautsu, founder and owner of social media management company Social Light Media, which offers corporations social media updates on their various platforms.
Mautsu was working as a cleaner for Diacore Marathon when he overheard management planning for an event and suggested they start a Facebook page. Impressed by his suggestion, he was asked to take charge of it. Mautsu has not looked back since and now boasts several large corporate clients.
There are many entrepreneurs like Mautsu in Botswana. The country ranks highly on entrepreneurial activity with the second highest score for early entrepreneurial activity (TEA) in Africa, according to the Global Entrepreneurship Monitor (GEM), with 35% of the population between 18 and 64 engaged in starting or running a business. Botswana also has one of the highest stated rates of entrepreneurial intentions with over 60% of adults reporting that they intend to start a business over the next three years. The global average for this across all 60 participating economies in 2015 was 21%.
But to turn those entrepreneurial intentions into business, entrepreneurs need the right skills and support. The GEM study has identified business skills in general and finance skills in particular as vital to boost entrepreneurship and economic growth. Tsholofelo Moitobo, owner of a management company Moit Consultants, agrees with this view.
“I believe you can only succeed in your business if you have some kind of accounting background,” says Moitobo, who currently employees two people and hopes to grow her company. Financial skills are getting attention from government as well. In an attempt to diversify the economy, initiatives have been launched to boost sectors other than mining, as diamond resources are dwindling. In April 2016, it was announced that the African Development Bank would loan 850-million Pula ($76.2million) to government to boost several key sectors, among them financial services.
The financial skills sector in Botswana has grown steadily over the past few years, no doubt as a result of such initiatives and there is growing recognition of the role financially skilled people can play in Botswana – both in entrepreneurial ventures and in the broader business sector.
“The demand for professionals with broad-based business skills and industry skills is rising,” Central Bank of Botswana Governor Linah Mohohlo said in an address to the Botswana Institute of Accountants 6th Biennial International Conference recently. She added, “Accounting professionals are increasingly taking on responsibilities beyond their traditional role. As technology continues to make accounting procedures more efficient, these responsibilities include line management, business strategy, workplace productivity, revenue and profit maximisation, and related others.”
Research shows that financial skills and a strong economy go hand in hand. Professor of Economics at Japan’s Aichi University, Yutaka Kurihara, says financial skill is necessary as it contributes to economic expansion. His research shows that financial skills help people understand their economic world and gives them tools to make financial and economic decisions, promoting business and economic growth.
In neighbouring South Africa, the fact that more than 74% of CFOs or financial directors of companies listed on the JSE are chartered accountants – according to 2014 data from the South African Institute of Chartered Accountants (SAICA) – appears to bear out Kurihara’s findings. Almost two-thirds of the companies run by CAs in South Africa are in the country’s Top 200 companies, prompting SAICA CEO Dr Terence Nombembe to say: “To me this implies that chartered accountants are better than average at running companies.”
We all know that the business landscape is changing fast, in Botswana as well as in the rest of the world. And anything that can give people the edge in this era should be embraced. The evidence is compelling that investing in business and financial skills will pay dividends for individuals; for companies and ultimately for the economy.
As Linah Mohohlo remarked: “Those who have invested in their careers, developed critical business, communication and strategic skills, will stand tall in what is becoming a highly competitive environment.” The article was written by Mark Farrar, CEO of the Association for Accounting Technicians(AAT), the UK’s leading qualification and professional body for vocational accountants. AAT offer accounting qualifications in Botswana. For more information visit www.aat.org.uk 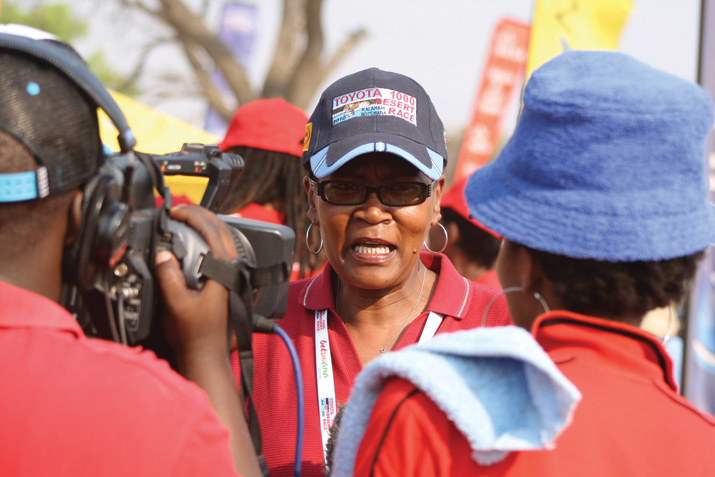