“At Fitch Solutions, we expect that the Bank of Botswana (BoB) will cut the bank rate by 50 basis points (bps) to 4.50 percent by the end of 2019 to support slowing economic activity,” said the agency. “Credit growth has struggled to rebound from a steady decline between May 2012 and September 2017, standing at 6.5 percent year-on-year (y-o-y) in March 2019 compared to a 2011-18 average of 13.2 percent, hindering growth of private consumption and investment. Moreover, we forecast real GDP growth will slow to 3.9 percent over 2019, well below the 2010-18 average of 4.9 percent on the back of poor dynamics in the mining and construction sectors.”

Following diamond output growth of an estimated 4.0 percent over 2018, Fitch forecasts output to decline by an average of 2.0 percent annually between 2019 and 2021 before returning to expansion in 2021. The agency says the short-term decline will be driven by the Cut 9 project at Jwaneng Mine, Botswana’s largest mine in terms of value. The project will involve removing waste from the bottom of the mine while widening and deepening the pit to extend the mine’s lifespan to 2034.

“However, the Cut 9 process will also entail reduced production from Jwaneng Mine, which will see a contraction in Botswana’s output over the coming years,” says Fitch. “With diamonds being Botswana’s primary export – averaging 86.7 percent of total exports from 2014 to 2018 – this will see economic growth slow over the short-term. The mining sector’s growth will become increasingly driven by coal mine production. However, coal only accounted for 0.3 percent of exports last year, and production growth will also be slowing from approximately 18.4 percent growth in 2018 to 15.0 percent in 2019 and 11.6 percent in 2020.”

The agency forecasts that inflation will remain around the lower bound of BoB’s 3 – 6 percent target range, although it will accelerate gradually in the coming months to average 3.3 percent over 2019 compared to 3.2 percent in 2018.

“While ongoing drought conditions weighing on agricultural output across southern Africa will continue to increase food price inflation in Botswana, we expect that inflationary pressures will remain relatively contained,” it says. “Indeed, although our Oil & Gas team expects that Brent prices will pick up over the coming months, the base effects of higher oil prices between June and October 2018 will overall contain imported price pressures over H219 (the second half of 2019). Moreover, a slower pace of depreciation of the pula, which is partially pegged to the South African rand, compared with H218 will limit the pass-through effect on domestic price growth.”

Furthermore, Fitch says rising domestic price growth and the shift to a neutral monetary policy in developed markets will close the window of opportunity for monetary stimulus next year. “We forecast that inflation will accelerate from 3.3 percent in 2019 to 3.7 percent in 2020 owing to an uptick in global oil prices – which we forecast will rise from an average of USD70.0/bbl in 2019 to USD76.0/bbl in 2020 (representing an 8.6 percent y-o-y increase) – and ongoing depreciation of the South African rand weighing on the value of the pula,” says the agency.

Moreover, Fitch Solutions notes that rising inflationary pressures next year will dissuade the BoB from cutting rates again and forecasts the benchmark interest rate will remain on hold at 4.50 percent in 2020. “We further forecast the Fed (the US central bank), the European Central Bank (ECB) and the South African Reserve Bank to shift to a neutral monetary policy stance in 2020,” it says. “These expectations inform our forecast for the BoB to avoid cutting next year so as to preserve interest rate differentials, aiming to prevent currency weakness that could risk raising inflationary pressures and weighing on economic activity.”

Nonetheless, Fitch warns of upside risks to its interest rate forecast for Botswana. The agency says should economic activity show signs of resilience over the coming quarters, matching BoB’s expectation of 4.2 percent growth in 2019, this would reduce the need for a rate cut this year. Similarly, a return of risk-off sentiment to financial markets following escalating US-China trade tensions or growing signs of a global economic downturn could put more pressure on emerging market assets such as the rand and the pula than Fitch currently anticipates. Such a scenario would exacerbate imported price pressures in Botswana and could incentivise BoB to avoid cutting or potentially raise its benchmark interest rate. 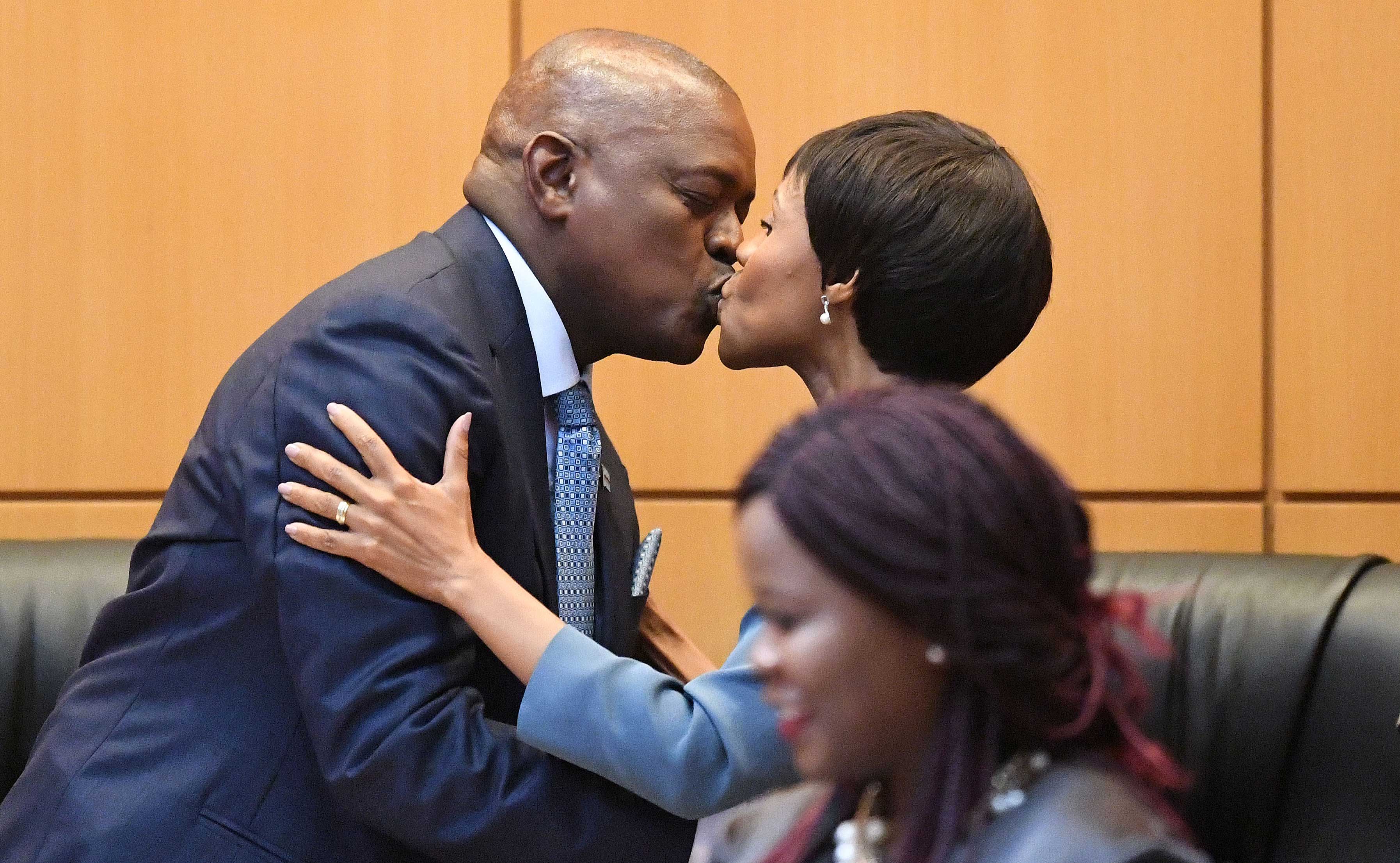