Botswana is one of the few countries in sub-Saharan Africa that have truly benefited from its mineral wealth. Revenues from diamond mines, combined with sound economic policies, have helped build infrastructure and kept the economy stable. But with high unemployment and limited export diversification, the diamond and public sector-led development model is showing its limits

The IMF’s latest assessment of Botswana’s economy says that while the near- and medium-term prospects look reasonably good, a much less favourable scenario looms if the development model is not revamped and certain reforms are not implemented. Enrique Gelbard, who heads the IMF team for Botswana, sat down with Country Focus to discuss the report’s findings.
Botswana is commonly seen as a model economy in Africa. Any lessons for other countries?
Botswana’s performance has been remarkable in the half century since independence, transforming itself from a severely impoverished nation to a high-middle-income country and achieving substantial reductions in poverty and rapid improvements in living standards. Its recipe for success has three main ingredients.
First, it has managed its diamond revenues in a prudent and transparent manner(Botswana has been consistently ranked among the top 50 countries in terms of governance in the world), contributing to sizable savings that can be used to stabilize the economy in case of a downturn and save for investments and future generations.
Secondly, it has allocated a good share of government spending to health, education, social assistance, and investment in public infrastructure.
Third, it built a tradition of democratic values which helped maintain political and social stability. That said, the country faces two important challenges: how to reduce its unemployment rate of nearly 18 percent and how to diversify its economic structure, considering that diamonds account for 90 percent of export receipts.
Talking about diversification, the report emphasizes the need to “mine a new growth model” for Botswana. Could you tell us more about that?
Yes, diamond production may only extend for another 30 years and mining activities do not create enough jobs. In addition, Botswana has a small domestic market, which constrains the long-term success of a development strategy based on diamonds and the expansion of the public sector. So, in the period ahead it will be essential to foster the development of the private sector and diversify exports.
To this end, Botswana needs to improve its business environment and the quality of the labour force to attract more private investors.
The first goal requires the removal of bureaucratic regulations and impediments, the adoption of policies that promote competition, and the privatization of inefficient state-owned companies.
The second goal requires improved policies to build skills and work ethic in the labor force together with removal of restrictions on visas and permits for skilled workers.
Beyond mining, Botswana also has significant potential in tourism given its natural wonders (such as the Okavango delta), and in the production of high-quality, free-range beef with quota and duty-free access to the EU market (the country has more cattle than people).
As the private sector develops, the public sector will need to focus on improving its efficiency and enabling financial development. For instance, the public sector can play a significant role in prioritizing public projects that have economy-wide benefits. Such projects include air transportation and internet connectivity. Reforms that encourage higher levels of lending by banks and access to credit will also support growth.
Finally, the merger of several inefficient government-funded enterprises known as parastatals would also improve efficiency.
The report looks at the impact of social spending and taxes in Botswana. Have policies helped reduce poverty and inequality?
The analysis shows that Botswana’s fiscal policy did contribute to lower poverty and inequality, mostly through social spending. More specifically, high spending in primary and secondary education has had an equalizing effect on income distribution. Still, we found that there is room to further reduce inequality through better targeting of social programs and education bursaries, as well as increasing the rate and coverage of property taxes.
Lastly, streamlining VAT exemptions could generate additional resources to fund future social spending and public investment, although the most vulnerable should be compensated with cash transfers.
To conclude, one of the key messages of the report is to accelerate implementation of reforms. What should be done to overcome implementation challenges?
Botswana’s medium-term economic prospects depend on the successful implementation of key reforms, some of which have been part of the agenda for some time. Recent announcements by President Masisi of the government’s intentions to remove burdensome regulations, proceed with privatizations, and relax restrictions on permits and visas for foreign workers are encouraging.
To be successful, these and other reforms now need to move forward, which will include making clear who is responsible for their implementation, setting up a timetable, and ensuring accountability through high-level monitoring. 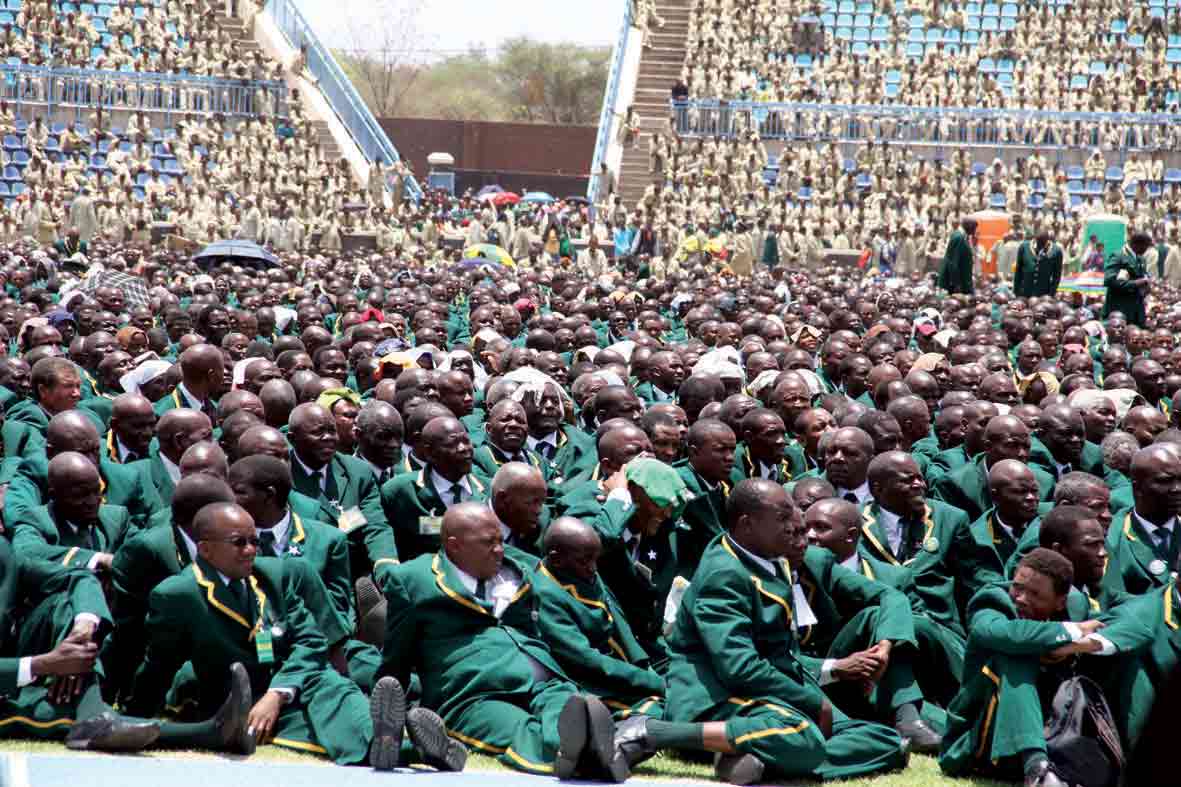