Botswana’s climate and soil is suitable for the large-scale farming of the Jatropha plant which has seeds that can be processed for bio-fuel use. This is according to University of Botswana researcher Kesego Makholwa who is part of a 5-year study (2012-2017) that is meant to inform government on how it can reduce the country’s over reliance on petroleum fuels.
According to the study, the drought tolerant Jatropha can adapt to the country’s wide range of climatic conditions which include aridity and semi-aridity. This plant is seen as a key alternative to imported petroleum fuels when economic, sociological and environmental factors are considered.“The principal reasons for this are first, Jatropha oil is not suitable for human consumption and therefore doesn’t face possible diversion to its use as bio-fuel, second, the plant is found to grow fairly well in marginal soils and third, the plant is a drought resistant crop that produce seeds containing high amount of oil to make bio-diesel which can substitute petrol-based diesel,” Makholwa explained.
According to the researcher, fossil fuels emit greenhouse gases that pollute the atmosphere and escalated the price of imported crude oil. These conditions, Makholwa said, have compelled government to prepare measures that will reduce the use of fossil fuels and encourage indigenous energy resources such as Jatropha bio-diesel production.
“Biofuels are drawing increasing attention worldwide as possible substitutes for petroleum fuels to help address energy cost, energy security and global warming concerns associated with petrol fossil fuels,” he pointed out.
Another researcher in the same study, Miki Otsuka indicated that the initiative to produce oil from Jatropha shows that Botswana is on the right track since the major focus of the world in energy affairs currently is towards identifying renewable energy sources to supplement and in later stages replace non-renewable energy: “Jatropha is a promising energy crop because its seed has high oil concentrations that can be used as bio-diesel. Its seeds contain 30-50 % of oil which is suitable for bio-fuel. Bio-fuel can help lower the carbon emission, helps prevention of desertification and will contribute to the diversification of source of income for the people living in marginal areas.”

Batswana at risk of being scammed by unscrupulous forex traders 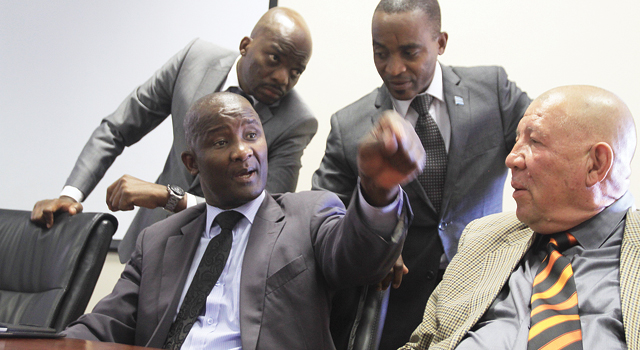