The Environmental Investigation Agency (EIA) says Botswana remains a world leader in tackling wildlife crimes although a lot more needs to be done to rectify deficiencies in legislation, law enforcement investigative capabilities and prosecution of offenders.
Most of the 15 countries that are affected have reportedly failed to stop poaching and wildlife trafficking because their law enforcement and judicial systems were paralysed by widespread corruption. Progress in others is said to be held back by various investigative and prosecution deficiencies.
In the report entitled Time for Action: End the Criminality and Corruption Fuelling Wildlife Crime, the EIA sought to determine whether the 15 member states of the 2014 London Declaration on Illegal Wildlife Trade had started implementing its key provisions which are aimed at combating wildlife crimes.
The study covered actions taken since 2014 in Botswana, China, India, Kenya, Malawi, Laos, Mozambique, Nepal, South Africa, Tanzania, Thailand, Uganda, United Kingdom, the United States of America and Vietnam.
The EIA said corruption within law enforcement agencies and judicial services had compromised the implementation of the good laws often outlined on paper. As a result, the laws were never fully applied, resulting in botched prosecutions and the imposition of light penalties that do not deter future wildlife crimes.
“Although all the 15 countries have laws that criminalise corruption and have anti-corruption units and mechanisms, there are very few cases reported publicly in which corrupt officials associated with wildlife crimes have been prosecuted,” the EIA said.
However, it noted that Botswana had done much better with increased budgets and proved commitment to tackle wildlife crimes. Botswana, which is home to at least 130 451 of Sub-Saharan Africa’s 352 271 elephants, was rated at the top of all 15 countries, including the UK and US, in tackling wildlife crimes.
The rating was attributed to negligible levels of corruption among government officials, law enforcement agencies and the judiciary. The formation of new specialised investigative agencies that specialise on wildlife crimes and money-laundering also helped the country maintain its top rating.
“In 2015, it was reported that Botswana’s Financial Intelligence Agency, responsible for collation, analysis and dissemination of information relating to suspicious financial activity, was fully operational and working in collaboration with the Department of Wildlife and National Parks (DWNP and other law enforcement agencies.
“The DWNP has also established a Tourism Intelligence Unit that is dedicated to combatting wildlife crimes. A National Anti-Poaching Task Team also exists to improve collaboration between law enforcement agencies, and to devise a joint mechanism for combating wildlife crimes,” the EIA said.
However, the report said while positive steps have been taken towards identifying and closing legal gaps to strengthen criminal justice against wildlife crimes, Botswana had to ensure that information on its progress against wildlife crimes is made publicly available. Furthermore, the lack of a national wildlife crime database was also identified among setbacks to the country’s fight against the trade.
“Botswana has no centralised database for recording prosecutions and court cases relating to wildlife crime. The primary wildlife legislation is the Wildlife Conservation and National Parks Act (1992). According to a recent study, the DWNP does not have powers of prosecution, and issues have been raised regarding the lack of cooperation between the DWNP and prosecutors as there are no official protocols in place,” the report stated.
Further, it noted that the “Proceeds of Serious Crime Act’ (of 1990) did not include environmental crimes among ‘predicate’ or serious offences. The study found ‘little concrete evidence” of the implementation and effectiveness of court procedures in handling, or the use of ancillary legislation against wildlife crimes.
The EIA recommended that Botswana should enact more laws to increase the rate of prosecution and sentencing for wildlife crimes. This could be achieved by using laws that provided for mutual legal assistance and a recovery of the proceeds of crime.
According to the EIA, some recent corruption-related wildlife crimes in Botswana include the theft of 26 elephant tusks from government stores in Kasane in 2012. In 2015, three rhino horns were also reported stolen from the government ivory warehouse in Maun. 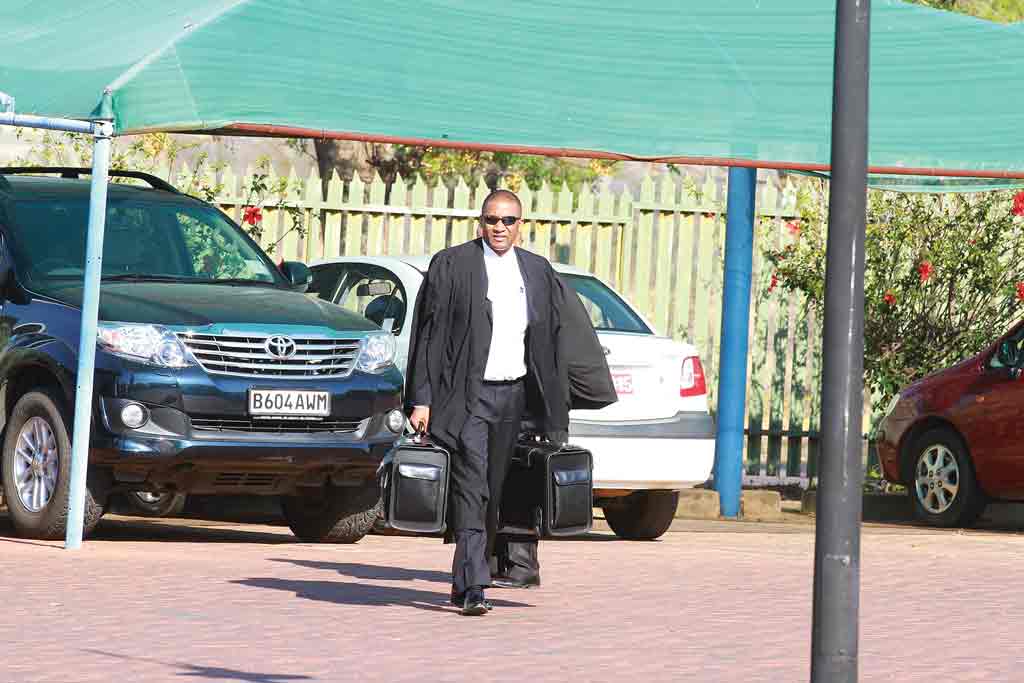