Deloitte State of Mining in Africa 2017 report has indicated that Foreign Direct Investment (FDI) in Botswana’s mining sector is low when compared with other mineral-rich countries in Africa.
Latest statistics from the report shows that Botswana’s FDI in the mining exploration sector declined by more than 50 percent from around US$120 million in 2012 to US$50 million in 2014 and remained low in 2015 and 2016.
The statistics show that among mineral-rich countries in Africa, Botswana has been attracting the second lowest FDI in mining exploration since 2012 while Guinea had the lowest FDI. Democratic Republic of Congo attracted the highest FDI, maintaining a over US$300 million investment in mineral exploration on annual basis, followed by South Africa (over US$200 million), Burkina Faso (over US$150 million), Zambia (over US$100 million), Tanzania & Ghana (over P90 million), Mali (around US$80 million), Angola (around US$70 million), Namibia (around US$60 million).
The figures further show that among the selected 14 mineral-rich countries in Africa, Botswana’s market share in FDI in the mining exploration in the continent, declined from 5 percent to 3 percent and the country is expected to receive less than 5 percent of investment in the new mining projects coming into full production by the end of 2018.
According to Deloitte 29 new mining projects which are expected to start full production by the end of 2018 across various commodities include, 9 copper mines, 4 gold mines, 4 diamond mines, 3 coal mines, 3 platinum mines, 2 uranium mines, 1 iron ore mine, 1 nickel mine, 1 zinc mine and 1 zinc mine. “These new mines make up a total of US$18 billion in investment across the continent and we estimate the total forward spend on these projects from 2018 to be approximately US$10.5 billion, with South Africa taking 29%, DRC 23%, Mauritania 8%, Namibia 8%, Zimbabwe 8% and Zambia 7%,” said Deloitte Africa Mining leader John Woods. Woods stated that the sources of funds of the 29 mining projects currently in development across the continent are the Toronto Stock Exchange which is funding 28% of projects, followed by Hong Kong stock exchange funding 17% and the National Stock Exchange of India funding 10% of these projects.
Deloitte State of Mining in Africa 2017 report indicated that despite its favourable rankings in the ease of doing business and political stability when compared to other mineral-rich countries in the continent, Botswana is expected to receive low FDI in mining exploration and funding of new mining production. Among the selected 14 mineral rich countries in the continent, Botswana ranks as the third after South Africa and Ghana in the ease of doing business, while DRC ranks the lowest as it is perceived as difficult country to do business. “The DRC continues to gain exploration spend “market share”. The majority of projects across Africa are being funded by Canada-listed companies, with four of the 10 projects being in the DRC.  Despite the DRC being perceived as a difficult country to do business in, this region has seen more mineral exploration activity over the past three years than anywhere else in Africa. It is clear to us that the quality of the ore body strongly influences investment decisions, with higher-grade deposits being pursued,” state the report.
It has also emerged that low tax rates and royalty payments in Botswana have failed to attract more mining companies for exploration and mining production, when compared with its competitors in the continent.   “Botswana has reduced company tax from a minimum of 25% to 22% as the country is focused on increasing profitability across the sector as a means of drawing companies into lesser-developed areas of Botswana’s mining industry, including coal, copper and silver,” states the report. In Botswana, companies in diamond mining have been paying 10 percent of their gross profit as royalties, since 2010 and statistics from the report shows that in the last six years companies mining copper nickel have been paying 3 percent of their gross profit as royalties while gold and precious metals entities pay 5 percent. Despite their decision to increase mining royalty rates twice in the last six years, neighbouring mining countries such as Zambia and Zimbabwe have been receiving more FDI in mining exploration and are expected to receive a large percentage of investment a total of US$10.5 billion investment in new mines across the continent, according to figures from Deloitte. 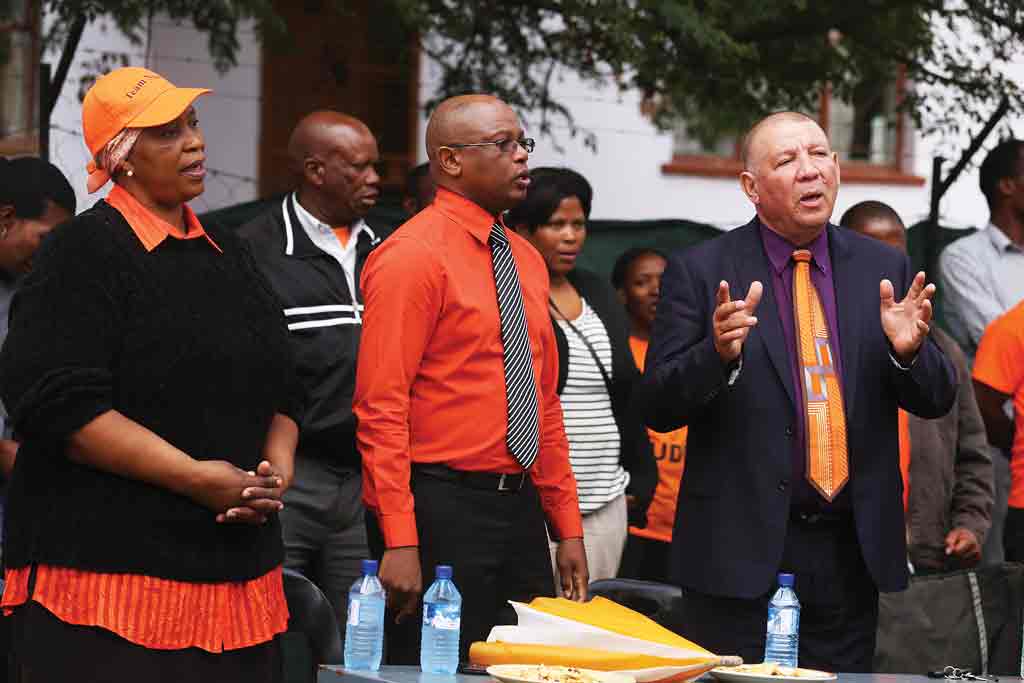