Botswana Railways (BR) is operating without a business continuity plan and struggles to take advantage of business opportunities worth around P6 billion in transporting imports destined to this country, the Parliamentary Committee on Statutory Bodies and State Enterprises revealed last week.
It has emerged that with business opportunities worth around P6 billion in the freight of imports, BR, which operates as a monopoly in the railway sector generates only P200 million in transporting imports to this country. It also emerged that with an asset base of P4 billion, the parastatal generates around P400 million total revenues.
The Chairperson of the committee, Samson Moyo Guma last week expressed concern about the parastatal’s inability to take advantage of business opportunities. “Government procured assets worth P4 billion for the parastatal but it generates only P400 million revenues from the assets. Its either government does not know what she is doing or its BR management who does not know what they are doing.  But I want to put it across to you the CEO that it’s BR management who does not know what they are doing,” said Moyo.  According to a recent internal audit, the parastatal does not have a business continuity plan. “Without a business continuity plan, it means you and BR management do not have a direction where you are driving the parastatal. That’s why you can’t take advantage of the high freight bill for imports,” he said.
In a brief interview following his appearance before the committee, BR CEO Dominic Ntwaagae admitted that BR was struggling to take advantage of the freight import bill and stated that the major challenge is that some customers prefer door-to-door delivery which cannot be done by rail. He stated that top commodities preferred for transport by rail are salt, soda ash, coal, fuel and cement.

Pension industry a significant player in the economy - NBFIRA CEO 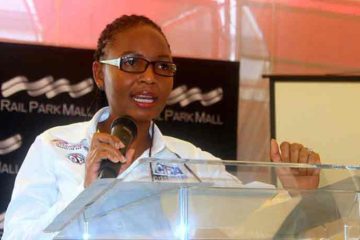