“The impact of Brexit on China and the USA (Botswana’s key markets for diamonds) appears negligible, thus it should not have a pronounced effect on the Botswana economy,” the central bank said in its Monetary Policy Statement review released last week.
According to the Bank, the impact, if any, on Botswana’s beef exports to Eurpean Union, could materialise after conclusion of trade agreements between the UK and the EU, as there are no indications demand would change as a result of the UK leaving the EU. Agreements could take at least two years to conclude, which could allow the Botswana Meat Commission (BMC) enough time to identify new markets that could take up the slack should exports to the EU and UK decline.
Brexit is anticipated to have an effect on UK’s trade. The weaker pound sterling is expected to result in a fall in UK’s imports from European trading partners, in particular decline in exports for those where the UK is a major market.
However, by the same token, exports from the UK, including services such as tourism, are likely to benefit from a weaker pound. Exports of the two largest economies, USA and China, are less vulnerable to the UK and a weaker pound. As a result, the negative impact of Brexit on global trade should be minor. The trade impact of Brexit on Emerging Market and Developing Economies (EMDEs) remains unclear.
Potential Impact of the “Brexit” on the Global Economy
The decision by the UK to leave the European Union, the so-called Brexit, has added uncertainty to an already fragile global economic recovery. Notably, global growth prospects have been revised downwards since the outcome of the referendum.
The Bank says that the volatility that ensued in the global financial markets has since declined, although confidence remains a concern for policymakers. Currently, the impact of Brexit cannot be quantified, not least because the formal negotiations on the terms of withdrawal are not expected to begin until 2017. However, the uncertainty it has created (mitigated in part by the rapid formation of a new UK Government) is expected to weigh down on consumer and business confidence, which, in turn, will result in reduced consumption and investment.
This will be more pronounced for the United Kingdom and European Union as investment decisions will be delayed during the transitional period. In order to shore up confidence, the Bank of England has already announced a package of measures to loosen monetary policy further, including through lower interest rates and a resumption of quantitative easing. 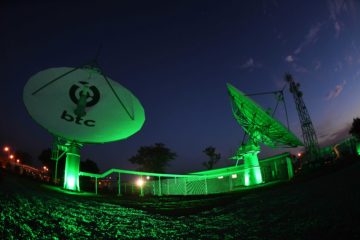