Botswana Stock Exchange Limited (BSEL)’s Domestic Companies Index (DCI) declined by a further 9.1 percent in the second quarter of 2018, continuing the downward trend that started in the third quarter of 2015, latest data from the Bank of Botswana has shown.
The DCI is a collection of companies listed on the main domestic board. Its performance is measured by a consolidated performance of listed company share prices and trading activity.
The recent decrease, as reported by the BoB was mainly due to the decline in prices per share of among others Botswana Telecommunications Corporation Limited (BTCL) who’s share price declined by a staggering 49.9 percent, coal exploring outfit Minergy Limited which also fell by over 20 percent and African Energy Resources Limited which fell by 18.5 percent.
The Foreign Companies Index (FCI) also fell by 0.7 percent in the second quarter largely due to the year on year decrease in price per share of Lucara and Botswana Diamonds which fell by 16.8 percent and 9.1 percent respectively.
This week, BTCL’s share price averaged 93 thebe per share. The company was falling from the 12 month high price of 185 thebe for each stock.
Under the stewardship of Managing Director (MD) Anthony Masunga, BTCL’s trajectory continued to look bleak, as the counter stretched its percentage loss to 49.5 percent, with the stock now trading for its second successive week below its Initial Public Offering (IPO) price of 100 thebe per share. According to Motswedi Securities’ Head of Research Garry Juma, the counter lost 7.6 percent in August 2018, tabling it as the third consecutive loss for BTCL on a monthly basis this year.
“This reflected the increased selling pressure from retail investors with buyers taking advantage of the oversupply of the shares in the market by bidding for low prices. In fact, BTCL has made losses in all the months this year with the exception of May 2018 when the share price gained 22.5 percent,” Juma said.
Further, the capital market expert said bids are coming in as low as 92 thebe in the market and with the current selling momentum it’s just a matter of time before BTCL touches base with a historic 12 month low of 84 thebe.
The last time BTCL traded below 100 thebe was on the 5th of January 2017. Having crossed 1,146,827 shares in the week just ended, the stock is now trading at 93 thebe per share.
For the better part of the past months, Minergy has also contributed in the decline of BSE’s DCI according to Bank of Botswana, losing almost 20 percent in share price value during the 2018 q2.
Unlike BTCL, Minergy is on the rise. This week, Minergy saw an appreciation in its stock price, ending the week at 95 thebe per share after gaining 5 thebe, according to information from Motswedi Securities. Investor sentiment seems to have improved for the stock, which has been trading below its IPO price of P1.00 since the beginning of the year. Further supporting investor outlook for the stock, was the decrease in the company’s losses, which as per the cautionary released by the firm on Wednesday, will be around P10 million.
“It is worth noting that, since its listing in 2017, Minergy has not posted any profits, only decreasing losses on a half yearly basis,” announced Motswedi Securities.
Joining Minergy in the bull club, was eco-tourism outfit, Wilderness Safaris as it gained 5 thebe, cementing its position in the top 3 performers on the exchange, at 10.9 percent. Retail property outfit, New African Properties (NAP) has managed to reverse its yearly losses, now joining the bulls to make their number four, with a positive growth of 0.9 percent after it pocketed a thebe during the course of the week. Also in the club this week are financial services behemoth Botswana Insurance Holdings Limited (BIHL), leading commercial bank First National Bank Botswana (FNBB), and tourism outfit Chobe Holdings. Meanwhile, the bears were led by BTCL and Barclays, both losing 6 thebe each, flanked by Engen and Botswana Diamonds, losing 5 thebe and 4 thebe respectively.
According to Juma, there are several factors that are contributing to investor’s apathy on the Botswana Stock Exchange (BSE). He mentioned the general decline in investor sentiments especially on emerging markets.
“The recovery of the US economy which has seen the Fed increasing interest rates coupled with the trade war currently between the US and China has prompted investors to prefer safer markets in the developed world at the expense of emerging markets,” he explained.
Locally, the delay in the renewal of mandates to local asset managers by Botswana’s largest pension fund, Botswana Public Officers Pension Fund (BPOPF) has further created anxiety in the market further impacting on liquidity. He also blamed the poor performance on lower valuations of most stocks on the BSE. 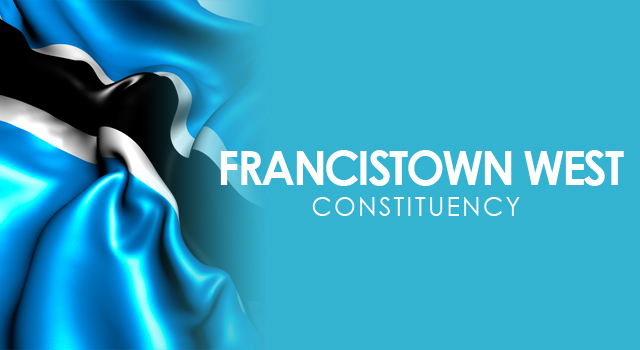