Galane Gold, the Canadian mining company, operating gold mine near Francistown has been suspended from trading its shares in the local bourse after failure to pay listings fees, Botswana Stock Exchange (BSE) has confirmed.
BSE announced last week that the company which was listed in 2012 has been suspended from trading in the bourse for contravening the BSE listings rules on payment of fees and warned that it will be delisted if it fails to pay.
In an interview with the Gazette Business this week,  BSE Head of Market Development Thapelo Moribame stated that the company contravened section 17.11 of the BSE listings requirements which states that securities may be removed from the list unless fees and charges, due and unpaid, are paid within one month after written notice of non-payment has been given.
The stock exchange has indicated that management of the company was advised to pay the fees and they failed to settle the overdue charges. “The exchange contacted the management of the company to remedy the situation, but when these efforts were not successful, the BSE was left with no option but to suspend,” said BSE which explained that listed companies are required to comply with the BSE listings requirements to have their securities continued to be listed on the exchange. The BSE noted that before suspension of the company shares from trading, Galane Gold management was given an opportunity to explain reasons for failure to settle the fees and convince BSE on why its shares should not be suspended. “As per section 1.9 of BSE Act Galane Gold was afforded the opportunity of making representations to the BSE listing committee to support the continued listing of its securities prior to the committee making any decision to terminate such listing and the company was also given one month within which to remedy the situation,” said BSE.
It has emerged that the contravention of the listing requirement and suspension of shares could work against Galane Gold efforts to raise funds to support its gold mining projects, as lack of compliance normally has a negative impact on investor confidence to purchase shares of a listed company.
Galane Gold management did not respond to an email inquiry on why it has not paid listing fees. Meanwhile, the company’s recent financial statements show that the entity has been experiencing financial difficulties following the increasing financial losses and widening working capital deficit which forced the management to suspend re-start of Galaxy gold mine project in South Africa and warned of the possibility of closing down Mupane Gold mine in Francistown area. Latest company financials show that Galane Gold is struggling to generate profits as evidenced by around P67 million net financial losses recorded in 2016 following another P85 million loss in 2015. According to the financials the company recorded working capital deficiency amounting to $8.5 million (over P85 million) after recording $2.8 million (over P28 million) recorded in 2015. 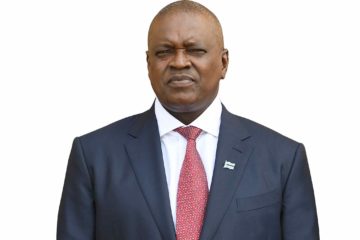