OAITSE MATHALA
The Botswana Telecommunications Corporation Limited (BTCL) last week announced that it made a loss of P371 million after tax deductions, during the financial year ended 31 March 2016, a drop from the P147 million profit they made the previous year.
The Corporation has indicated that the loss was as a result of an impairment exercise performed during the year 2016. It said an impairment amount of P522 million represents a write-down of some of property, plant and equipment due to technology changes which is in line with global trends.
Outgoing Managing Director, Paul Taylor told stakeholders during the results announcement that there were a number of technical adjustments made to the accounts as a result of the audit process “most notably the impairment charge at P522 million compared to an expectation in the prospectus of P306 million.”
He said a number of other extraordinary items emerged from the audit exercise, including accelerated depreciation on certain assets, the re-classification of certain assets, the change in treatment of a number of customer contracts which amongst other things caused a loss before tax of P468 million.
BTCL’s total revenue for the year rose to P1.512 billion from P1.506 billion registered in the previous year, reflecting an increase of 0.4%. Sale of customer premises equipment was the highest contributor registering a growth of 62%, according to the Company. It noted that revenue from mobile was also impressive with a growth of 12%.
“Total operating costs excluding impairment charge increased by 11% from P1.345 billion to P1.487 billion. The increase in costs was due to accelerated depreciation of network assets and an increase in mobile handset subsidy,” it explained in a statement, further noting that total assets declined from P2.404 billion to P1.949 billion following the impairment of property, plant and equipment.
The Company said it continues to remain cash positive. “The cash generated from operating activities was P257 million and the cashflow used in investing activities was P224 million. This resulted in an increase in cash and cash equivalents of P33 million during the year. Cash and cash equivalents at the end of the year was P390 million and its sufficient to finance operating requirements, anticipated capital expenditure and dividend payments,” BTCL said.
BTCL listed on the Botswana Stock Exchange (BSE) on 8th April this year and has approximately 50, 000 investors across the country. Its Board of Directors, which is chaired by Daphne Matlakala, has since approved a dividend of 5 thebe per share. Taylor highlighted that BTCL’s standing on the BSE compares favourably with other stocks traded on the BSE. 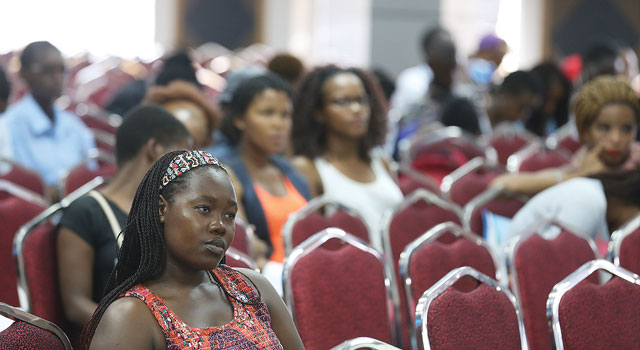