Local businesses are confident that despite the impediments to doing business and projected low economic growth in Botswana and international market, the business climate is expected to improve and support business operations in this country. This is according to the recent Bank of Botswana biannual Business Expectations Survey (BES).
The survey which measured locally based companies’ optimism on the business climate shows that overall business confidence increased from 43 percent in September 2016 to 48 percent in March 2017 and stated that looking ahead there is an increase in optimism, despite subdued demand in the domestic and global markets.
The survey indicates that more firms expect better business conditions, with an overall confidence level of 55 percent for the second half of 2017 (H2 2017) and 67 percent for the twelve-month period to June 2018. The report compiled after the survey, indicates that confidence amongst domestic-oriented businesses was 48 percent in the first half of 2017 (H1 2017) compared to 43 percent in the second half of 2016 (H2 2017) and added that the level of optimism improves to 56 percent in H2 2017 and 65 percent in the year to June 2018. According to the report, the confidence level of export-oriented businesses increased from 42 percent in H2 2016 to 50 percent in H1 2017 and it is anticipated to remain the same in H2 2017, before recovering markedly to 75 percent in H1 2018. “Thus, the overall expected upswing in business confidence for 2017 and the first half of 2018 is due to a more positive outlook by both export and domestic-oriented businesses,” states the report in part.
Bank of Botswana researchers have indicated that the optimism of local firms is increasing despite impediments in doing business in this country and low consumption in the domestic and global markets. The survey has revealed that constrained domestic demand, restricted government spending and unfavorable exchange rate movements are the most worrisome challenges to doing business in this country. “Constrained domestic demand and government spending were ranked as the first and second most significant challenges facing businesses due to perceived slow growth in both government spending and household disposable income. The next ranked impediments to business operations are the exchange rate changes and unavailability of skilled labor, especially the difficulties encountered in recruiting foreign labour. There is an increase in optimism, despite the challenges and subdued demand in the domestic and global markets,” said the researchers.
They also indicated that there is uncertainty surrounding the  South African economy, global trade policy and openness, as well as the moderation of growth in China, adding that the optimism of local firms was increasing due to the expected improvements in Botswana’s economy and the global economy.
Bank of Botswana has indicated that growth in the country’s economy is expected to be underpinned by improvement in global demand for diamonds and recovery in the global commodity markets. The bank stated that modest economic growth is expected globally in 2017 and 2018, as the world economy is anticipated to grow by 3.5 percent in 2017, before picking up the pace slightly to 3.6 percent in 2018. Global economic projections show that advanced economies will grow by 2 percent in both 2017 and 2018 compared to 1.7 percent in 2016, while the overall growth for the emerging market and developing economies is projected at 4.5 percent in 2017 and 4.8 percent for 2018, compared to 4.1 percent in 2016.

Shoot to kill policy is here to stay – Khama 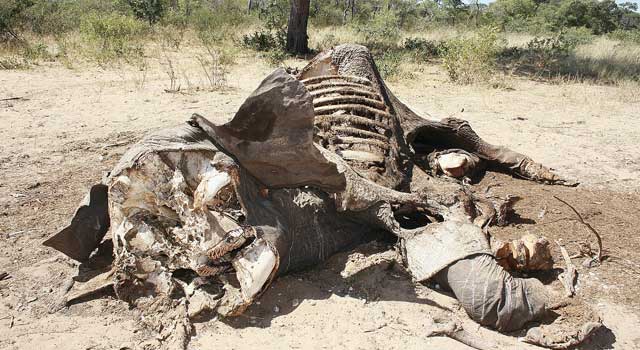