The CEO of Minerals Development Company Botswana (MDCB), Toby Frears – who is on suspension – has to-date pocketed more than P4 million in salary, The Botswana Gazette has established.

Frears has been on suspension since June 2019 following allegations of mismanagement of the company’s resources. His suspension was meant to enable an independent and unbiased probe into these allegations.

MDCB is a company owned by the government under the Ministry of Minerals, Green Technology and Energy Resources.

Prior to his suspension, it emerged that Frears was paid a monthly package of P364,418 made up of his salary and perquisites. His basic salary was P200,000 per month while an additional P119,175 per month came in bundled allowances. A further P43,000 per month was in currency insulation while Frears enjoyed a phone allowance of P2000 per month.
Back-of the-envelope calculations show that for the 12-month period in which Frears has been on suspension to-date, he has been paid P4,373,016.

Meanwhile, the Permanent Secretary (PS) at the Ministry of Minerals, Green Technology and Energy Resources, Mmetla Masire, has confirmed that Frears, who is a South African national, continues to earn his full salary while on suspension.

“He is on suspension until further notice,” Masire said in an interview. “He continues to earn his full salary.” Asked about progress in the probe, Masire answered: “The investigations took some bit of time. However, we are hoping to conclude and have an outcome by the end of this month. A report has been given to the MDCB board and we are hoping they will conclude their recommendations as soon as possible.”

He would not say anything about the contents of the report.

Frears is said to have been headhunted for the lucrative position by former Minister of Minerals and Resources Energy, Sadique Kebonang. In early 2019, former MP for Tati West, Samson Guma Moyo, expressed serious misgivings about Frears’ style of management at MDCB during a session of the Public Accounts Committee (PAC). “If I had (the) power and authority, I would sack you not because I hate you but because I have a problem with your management style and failure to deliver,” Moyo was quoted as saying at the time. “Mining is the core of the economy of this country.”

Frears’ salary and the salaries of other executives of MDCB were one of the astonishments raised by Guma during the PAC hearings. Among other things, the suspended CEO was called to explain how the government had spent more than P1.2 billion on liquidation of BCL Mine that resulted in the loss of 6000 jobs instantaneously. 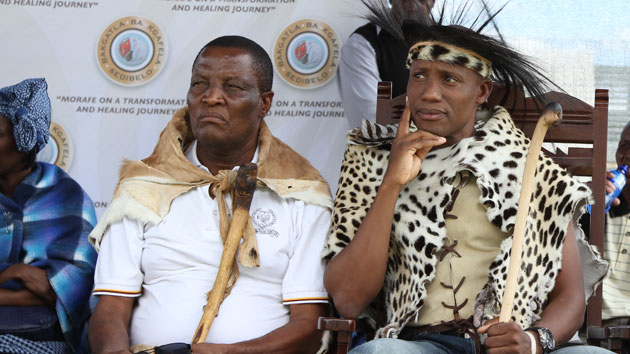