Choppies, Botswana’s no. 1 retailer may soon expand its operations to the more lucrative retail markets of India and China. The business that started as a corner store in the town of Lobatse has now gigantically evolved into a multinational corporation that now enjoys a significant share of the Sub-Saharan retail market.
In a 2015 report compiled by Delloite, titled ‘The African Powers of retail’ Choppies was ranked no. 12 on the whole continent, with a total year end revenue of US$ 567.9 million, trailing among others; Shoprite Holdings, Massmart Holdings (a subsidiary of US based Wal-mart Holdings), Pick n Pay stores, Spar Group and Woolworths Holdings. The report further identified Choppies as the fastest growing retail business on the continent, ahead of Zambeef Products Plc, Mr Price Group Ltd, Foschini Group Ltd and Woolworths Holdings. The retailer was able to achieve this top spot through its enhanced degree of vertical integration through distribution networks that support its retail outlets, ensuring quicker replenishment of products and effective supply chains, thereby contributing positively to the revenue growth of the company.  And the expectation is that Choppies Group and the other retailers will continue to grow. This is particularly so because Africa’s economy is making tremendous progress and its 350 million middle class are making the region attractive for retailers. In particular, sub-Saharan Africa, with an urbanization rate of 3.61% and 7 of the 10 fastest-growing economies in the world (the African Development Bank).
Though the Choppies group can be said to have ‘made it’ in the African retail market, the future of this market is increasingly becoming uncertain. The merchants’ ships have set sail to Africa. Some are already here. Those African retailers that will fail to evolve may ultimately be vanquished. The US based retail giant- Wal Mart Holdings, purchased a controlling share in the South African based Massmart Holdings in 2011. London based accessories maker Radley partnered with Brand Capital to enter South African October 2013. Other retailers that have entered Africa include Mango, Topshop, Zara and Cotton On. The US fashion brand, Forever 21, setup its first South African store in 2014. Hugo Boss opened a store in Lagos in 2013, while Prada opened a store in South Africa. In Nairobi, London based private equity firm Actis inaugurated its US$250 Million Garden City mall in May 2015. Private equity firm Fusion Group is investing US$34 Million in Kigali Heights in Rwanda, which is a mixed-use Centre that also features a retail component.
It is no surprise that already other African retailers are looking beyond the continent for market opportunities. Retailers such as The Foschini Group, Shoprite Holdings and the SPAR Group are targeting expansion beyond Africa, looking as far Europe and Asia Pacific. It is reported that South African retailors have already spent at least US$1.5 billion buying European companies in 2015.  The Foschini Group has acquired UK clothing chain-‘Phase Eight’ for US$214 million. Mr Price Group another South African retail giant has opened a store in Australia. Truworths International has acquired Office Retail Group, a UK based footwear retailer.
What about Choppies? Shouldn’t they start eyeing more lucrative Asian markets-specifically China and India for expansion? 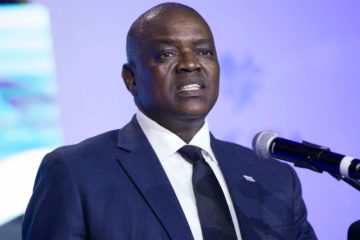