Botswana’s giant Fast Moving Consumer Goods (FMCG) retailer, Choppies Group struggled to endure the difficult 2016 economic conditions in some of the markets where it operates.
According to the retailer’s latest financial statements, Choppies Group Profit-After-Tax (PAT) recorded during the second half of 2016 (H2 2016) was 47% lower that PAT generated during the same period in 2015, despite the significant increase in revenues.
The profit was around P55 million during the six months ended December 2016, compared to P104 million recorded during the six months ended December 2015. The group’s revenues for the half year end December amount to P4.7 billion, compared to P3.5 billion in revenues generated during the six months ended December 2015, reflecting a 34 % increase.
The results show that the Group’s total expenditure was P847 million during H2 2016, compared to P606 million recorded during H2 2015 and the increase in expenditure came after total number of stores increased by 37% to 202 and total retail space up by 36% to 290 968 square meter. Choppies Group has 83 stores in Botswana and 4 of the stores were opened during H2 2016. In South Africa the company owns 68 stores, Zimbabwe (1), Zambia (10), Kenya (9) and Tanzania (1). Choppies’ largest market, Botswana contributed P2.3 billion (49%) to the Group revenues while the second biggest market South Africa contributed P1.49 billion. Other regions contributed P935 million.
Commenting on the H2 performance in the markets where the company operates, Choppies Group management noted that trading conditions in Botswana remained difficult due to the subdued economic conditions. The Group CEO Ramachandran Ottapathu and Director Robert Matthews have indicated that profits in Botswana were materially impacted by the strengthening of the South African Rand against the Botswana Pula and that resulted in a foreign exchange transaction gain lower than expected. The Group management said that  sales in South Africa grew strongly in last quarter of the calendar year 2016 and the continuation of this trend could result in the South African operations achieving break even before the end of this year. Management further stated that in spite of challenging economic conditions in Zimbabwe, profits increased substantially with revenue growth of 19% and EBITDA growth of 114% while Zambia, Kenya and Tanzania which are embryonic operations are gaining momentum.
Choppies Group Communications Manager Otsile Marole indicated that 2017 looks much more positive compared to 2016 and added that the infrastructure investment made into the footprint is expected to start showing a positive impact in the company’s future revenues and profitability. 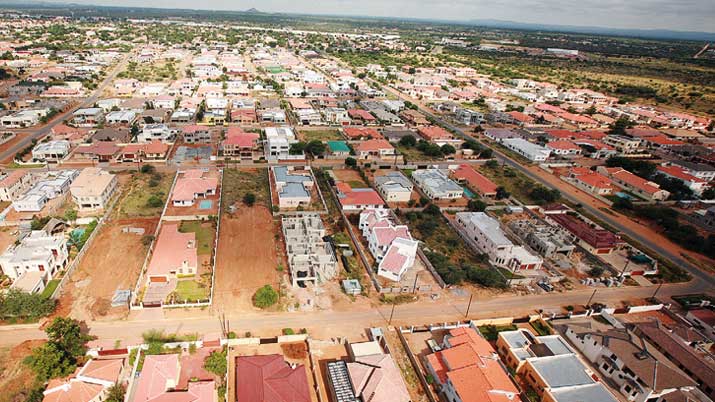