Cupric Canyon Capital, the American outfit which wholly owns Botswana Khoemacau Copper Mining Company (KCM) has estimated that around P3.5 billion funding is required to construct an underground copper-silver mine 70 kilometers south-west of Maun.
Cupric Canyon CEO Dennis Bartlett last week indicated that in addition to the P500 million loan secured to commence development of the project, P3.5 billion is required to construct the full-scale copper-silver mine which is expected to produce 50,000 tonnes of copper and 1.4 million ounces of silver per annum for export.
The CEO indicated that the P500 million loan was expected to fund development work to prepare for full scale construction of the mine in the second half of 2017. “The total cost to develop KCM’s Starter Project is US$350 million (over P3.5 billion), with underground mine development being the largest single cost component,” states the CEO.
He noted that all design, engineering and permitting work was progressing well and on schedule, bolstering management confidence that production will commence in 2019. “Within the next few months, the Botswana Environmental Ministry is expected to approve modifications to KCM’s environmental permits to facilitate for upgrading of Boseto ore processing plant,” he said. Boseto copper processing plant, which was acquired as part of Cupric’s purchase of Discovery Copper Botswana in 2015, will be upgraded so that it can process 3.6 million tonnes of copper ore per annum from its current capacity of 3.0 million tonnes per annum, according to Bartlett. The CEO indicated that Botswana Power Corporartion (BPC) was also progressing well in its development of the high-tension power line that will provide commercial power to the north-west region of Botswana. “This power-line project includes a spur line to Boseto and Khoemacau project, providing low-cost commercial power when KCM starts production in 2019,” he said.
Metal production from the starter project will average 50,000 tonnes of copper and 1.4 million ounces of silver per annum and following the expected expansion, production is expected to increase. “We continue to believe that the mineral resource at the mine, combined with the expansion potential offered by the other deposits within our license areas, represents perhaps the most attractive new copper project in the world today, with the potential to ultimately achieve copper production in excess of 120,000 tonnes per annum for 25 years,” Bartlett said.
Drilling at prospecting licenses near the envisaged mine has discovered additional high-grade copper and silver in depth of 900 meters below surface with a strike length of three kilometers. The company also discovered mineable copper deposits 700 meters below surface over a strike length of five kilometers at Boseto prospecting licenses acquired in 2015. “During the 2015 and 2016 drilling continued to produce encouraging results. Further drilling was proposed to test continuity of mineralization and confirm copper-silver grade and the exploration drilling programs exceeded expectations, intersecting continuous high-grade copper and silver mineralization over wide intersections,” states the company.
Following the positive drilling the company is planning to expand its copper project. “Future expansions are expected to increase production at Khoemacau up to at least 120,000 tonnes per annum of copper and a prefeasibility study with very positive results has been completed for a future concentrator to be built at Zone 5 that will process 6.0 million tonnes and produce an average 80,000 tonnes of copper per annum,” said the company. 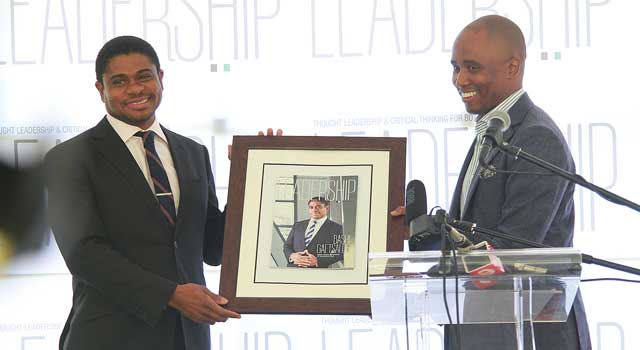