De Beers, the world’s largest diamond company, is to leave its UK headquarters after almost a century, as parent company Anglo American trims costs.
About 300 staff were told on Friday that they would be leaving 17 Charterhouse Street, from where De Beers once controlled the flow of diamonds around the world.
The move ends an era that began in 1889 when Cecil Rhodes, the company’s first chairman, began sending diamonds back from South Africa to a London syndicate of 10 merchants.
Charterhouse Street became the centre of De Beers’ empire – and therefore the global diamond trade – in the early 1930s.
Anglo American will now seek a buyer for the building as part of a plan to offload $4bn in assets to reduce its debt.
The mining company and its peers are wrestling with rock bottom commodity prices that have forced the industry to take drastic steps to mend strained balance sheets.
Staff will move from the high-security building, near London’s jewellery hub of Hatton Garden, to Anglo’s headquarters at Carlton House Terrace on the fringes of St James’s Park.
Prospective buyers for 17 Charterhouse Street will be bidding for an address that boasts both history and a helipad. The Charterhouse Street building once housed De Beers’ entire diamond operation, apart from its mines of course. But in recent years Anglo has moved its diamond-sorting operation and auction process nearer to the source of the stones, Botswana’s capital, Gaborone.
De Beers’ slick marketing operation and other corporate functions remained at Charterhouse Street, but the loss of diamond sorting signalled the beginning of the end for the Charterhouse Street headquarters.
It still boasts a helipad used by the Oppenheimer family, even though they sold their 40 percent stake in the company to Anglo for $5.1bn (£3.5bn) in 2011.
De Beers controlled as much as 90 percent of the diamond market in the 1980s, processing stones through its Diamond Trading Company (DTC).
The firm only allows authorised dealers known as “sightholders” to buy from the DTC, which once gave it such a tight grip on global supply that it was able to control prices.
The company has since seen its market share decline to about 33 percent with the rise of Russian producer Alrosa, new discoveries not controlled by De Beers and moves by domestic miners in Australia to break away from the status quo.
(HITC Business) 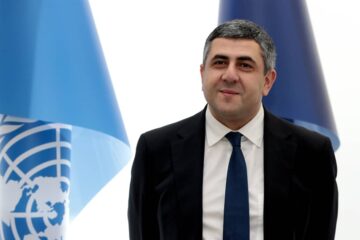