… inside the fallout between Ram and Desai

A war of words has ensued between suspended CEO of Choppies Enterprises Limited Ramachandran Ottapathu and his erstwhile personal attorney, Rizwan Desai of Desai Law Group (DLG), who is now acting for the Choppies board of directors.

DLG was engaged by Choppies, then headed by Ram before he was suspended, to conduct a legal investigation into certain Choppies transactions that the board of directors wanted clarified.

The investigation centred on Choppies’ relationship with Fours Group and found that while Choppies had formed a buying group with Fours, Ram personally ended up with 50 percent shares in the Fours Group company (which he says was transferred as security) without the knowledge of the board. While Ram said the shares he held were on behalf of Choppies, the investigation found this irregular in that the board was not aware of it. Further, it was found that around P4 million of Choppies money was used to fund a third party in acquisition of 90 percent shares in Payless, a transaction which the board was not made aware of either.

In response, Ram is throwing jabs at DLG. Through his South African lawyers RM Partners Inc., and his Botswana lawyers Bookbinder Business Law, Ram said the lead member of the DLG team was its founding partner Rizwan Desai who was formerly a partner at Collins Newman & Co and for many years the attorney and legal advisor to both Choppies and Ram personally.

Moreover, said Ram, the series of transactions “ostensibly” investigated and impugned in the legal report by DLG were transactions in which Choppies and Ram received legal advice from Desai through Collins Newman & Co and later DLG.

“Desai was involved in the planning, structuring, documenting, presentation for Board approval and implementation of these very transactions,” Ram has asserted. “In addition, Desai also advised the Board and Ottapathu (Ram) on Choppies’ interactions with the Competition Authority (CA) which forms an integral part of the major Payless findings. The criticisms levelled against Ottapathu for having misled the CA arise from Desai’s own involvement, and under DLG’s own advice to both Choppies and Ottapathu.”

Not so, says Desai who describes Ram’s reaction as disappointing because instead of responding to the findings of the legal investigations the suspended CEO of Choppies chose to personally attack him. In Desai’s view, Ram is diverting attention from the findings that should be the subject of discussion.

While Ram said Desai was conflicted, Desai says Ram was the one who influenced DLG to represent Choppies in the legal investigation and that the decision was supported by a board resolution. “Yes, I was a partner at Collins Newman,” Desai told journalists at a media briefing. “I left Collins Newman in June 2016, so I was not there when these agreements were prepared. They were done by another partner because I had already left.”

As for the Payless transaction, Desai said those were handled by Sadique Kebonang Attorneys. He added that it was worrying that Ram should turn around and speak of he (Desai) being conflicted when He (Ram) was the very person who had appointed DLG to conduct the legal probe into Choppies. “Why does he talk about conflict now after the outcome of the investigation implicates him?” he queried.

What is important to Desai, he asserted, is whether or not these transgressions and transactions occured or not. Desai agrees that he did represent Ram personally in the past but says the matters have no link at all. He told journalists at the briefing that Ram and the Choppies board had appointed him because he had done work for Choppies before and was experienced in some Choppies matters. “So Ram and the board trusted me and DLG,” Desai said. 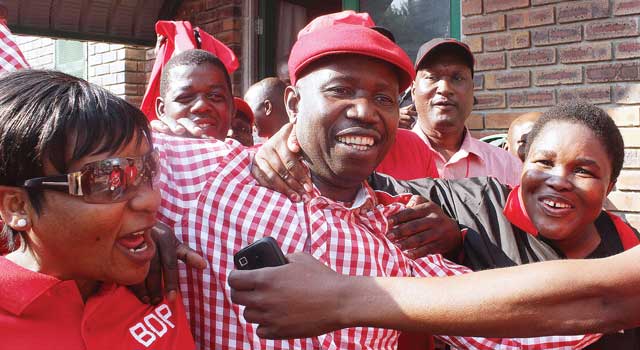