Botswana based mining company exploring for Coal Bed Methane (CBM) gas in this country, Tlou Energy Limited has engaged consultants to conduct a study to find out the most feasible route and cost of transmission lines to transport power from the first coal-gas-power station being developed in this country.
The study which is expected to also cover construction of pipe lines to transport gas to the power station is expected to take three months.
Tlou Energy last week told its shareholders that consultants are expected to find out the lowest cost and most effective integration point in the local grid for up to 100MW of power generation to be established at the company’s Lesedi gas project in Mmashoro village near Serowe. The study is expected to determine the most feasible route and cost of transmission lines from the power station and find out if there are any upgrades required in the BPC network at the integration point. Following the study the firm is expected to provide recommendations for the design and installation of the transmission lines to connect power stations to the local power grid.
Tlou Energy has indicated that the planning, design, and development of the power generation units is also well underway and the company is being assisted by its partners General Electric International (GE) Inc, an Australian firm specializing in design, construction, operation, and maintenance of power generation facilities. “GE has identified suitable generation equipment for the initial project along with capex and opex calculations. These costs as well as the various specifications of the power generation equipment are key items that will be used for the project’s feasibility planning,” said the company.
Tlou Energy noted that it has extended its cooperation agreement with GE International Inc and another firm IK Holdings Pty Ltd which is also expected to assist in the development of the initial project and other envisaged coal-gas power stations. The agreement allows Tlou Energy and IK Holdings to share infrastructure and technical support for the delivery of the 100MW power project, gas supply to the existing 90MW Orapa power station owned by Botswana Power Corporation and a proposed 300MW gas-fired power project to be developed by IK Holdings.
“This is an extremely exciting time for the company. The board and management are very busy as the company focuses on getting the initial power project up and running. As investors can see, there are a considerable number of parts to bring together to develop the project as we aim to get our first power to the market and start generating revenue,” said Tlou Energy Botswana Managing Director Gabaake Gabaake. “In the near term, we will be providing an update on our field development program and our studies for the development of our scalable CBM to power plant, which are being advanced alongside specialist partners. In addition, we will keep the market up to date on progress of other items including the off-take agreement, conversion of the field operations to run on CBM and a future mining license application,” he said.
The company has indicated that while there is no firm funding agreement in place, various options remain available to the company and these may involve development of projects through special purpose vehicles, joint ventures, infrastructure funds, equity and debt financing. It has been estimated that the construction of the first 100 MW power station and gas pipe lines could cost around P1 billion. 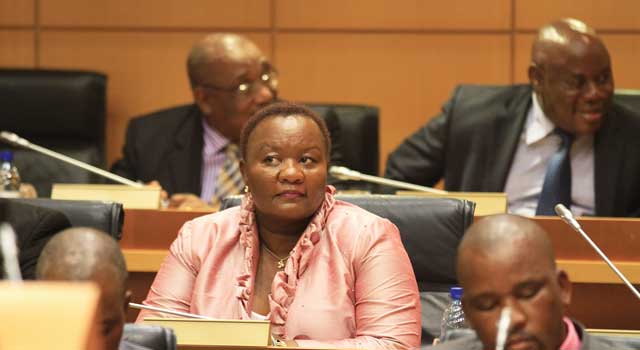