Kalahari Airways aims to start a London route from Cape Town via Gaborone, in November this year, after dry leasing two aircrafts from a Nigerian firm.
Kalahari Airways is a Botswana-based start-up that intends to offer flights from Cape Town, South Africa to London, Gatwick via Gaborone, and has secured two 747 jumbo jet aircrafts from Kabo Air Nigeria Ltd. The deal, whose worth is undisclosed, means that Kalahari have aircrafts with insurance, flight crews and insurance provided by Kabo. Jumbo Jet Leasing of Rhode Island will manage the aircraft on behalf of Kabo.
Chief Executive Officer, Dennis Coghlan told Gazette Business that they have enough funding to start the operation and intend to secure block bookings with tour operators, with a substantial number of seats already booked.
“I have secured a long term wet lease with CAAB (Civil Aviation Authority of Botswana) for my Cesna already but they have said they have no capability to oversee large aircrafts,” said Coghlan.
The company in its proposals to potential partners and sponsors said that: “The relocation of the Diamond Trading Company from London to Gaborone has substantially increased the demand for premium class seats on the route to an estimated 200 Business class seats per month. This translates to a potential market worth an estimated $20m per annum, or 33% of the gross turnover required to breakeven but in any event will contribute strongly to Kalahari’s profitability.”
After many attempts to get available planes and funding from local finance institutions, Coghlan’s efforts are seemingly paying off.
He has been contemplating the launch of flights since British Airways ceased operations on the Gaborone-London route, and refutes claims that BA pulled from the route because it was unprofitable.
Future expansion plans include the launch of a Durban – Hong Kong route via Gaborone. The airline also aims to link to the US with regular flights to New York and Los Angeles via Shannon Airport in Ireland.
“Maintenance will be outsourced to SAA Technical in Johannesburg,” revealed Coghlan.
Botswana last saw direct service to Europe with British Airways to London, Heathrow in the late 90s, with national carrier Air Botswana itself reportedly having once considered taking up the route. 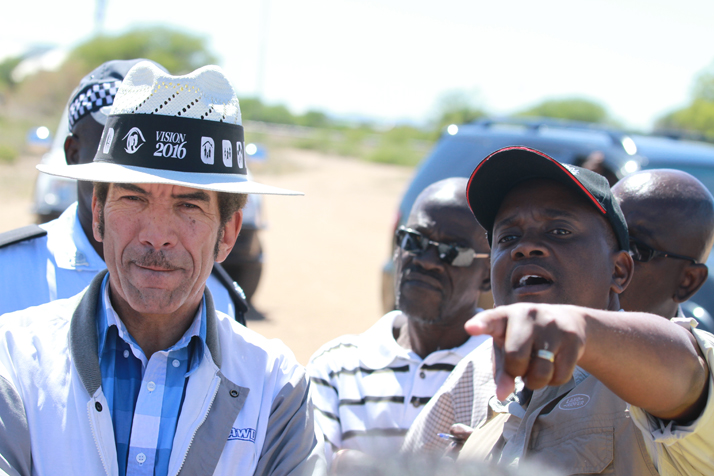