As a response to devastation suffered by the tourism sector because of COVID-19, the government is considering extending wage subsidies for tourism companies beyond three months. Tourism companies may also get a waiver on the tourism levy which gobbles up to 6 percent of their revenues, The Botswana Gazette has established.

This publication has seen a draft document dubbed 2020/21 – 2022/2023 Economic Recovery & Transfomation Plan (ERTP), authored by the COVID-19 Economic Advisory Committee, which is co-chaired by the Permanent Secretary (PS) in the Ministry of Finance and Economic Development  (MFED) Dr. Wilfred Mandlebe and Bank of Botswana (BoB) Governor  Moses Pelaelo.  Botswana Institute for Development Policy Analysis (BIDPA), the University of Botswana (UB) and Ministry of Investment Trade and Industry (MITI) also assisted.

In the ERTP, the government acknowledges that it will take some time, probably into 2021, for foreign tourists to travel to other countries for leisure in significant numbers.

Further, it says most tourism operators in Botswana are assuming that there will be zero international business for the rest of 2020.

“While that remains the case, economies of places such as Maun and Kasane will be adversely affected as hotels, restaurants and other tourism-related economic activities will remain closed or operating at very low levels of capacity utilisation,” says the ERTP report.

Further, it adds that such villages/areas may suffer emigration as people look for jobs elsewhere in the country, and need support from social welfare programmes.

As a result the government says there should be promotion of local tourism to sustain the sector and help preserve some of the jobs that have been lost due to international travel restrictions.

“In addition, if residents travel domestically rather than externally, this will have a foreign exchange benefit that may offset a part of the losses from reduced international visitors,” the government says in the report.

“Tourism companies pay substantial levies (6 percent of turnover) to the Department of Tourism. While the industry is essentially closed and in a loss-making position, the waiver of levies currently payable should be considered, to relieve cash-flow pressures on the sector and support the continuation of employment. The extension of the three-month wage subsidy scheme to tourism companies for a longer period should also be considered,” the government announces in the ERTP report.

Further, the state feels there are a number of unexploited sites that could be used for tourism across the country and spread activity across the country and reduce pressure on northern Botswana. These include the Gaborone Dam/Kgale Hill area (which could strongly improve Gaborone’s attraction as a tourist destination) and other large dams around the country, which government says have not been developed for tourism purposes.

There have been a number of announcements that Batswana will be able, and encouraged to utilise their farms for other purposes, including agro-tourism. The government says this is to be encouraged and will facilitate the diversification of incomes and the rural economy. However, the ERTP acknowledges that there are a number of regulatory barriers that discourage agro-tourism, which need to be relaxed so as to make entry into agro-tourism easy for farmers. Similarly, regulatory barriers to the introduction of game birds and animals onto farms will be removed.

In the report, the government believes that being a large, sparsely populated country, Botswana is well suited to the new environment, reinforced by her success (so far) at keeping COVID-19 largely at bay.

“So, for instance, the tourism sector could look at bringing tourists (with negative COVID-19 status) from, say Europe or North America on direct flights into Maun or Kasane, taking them directly out to bush camps, and keeping them in a “bubble” with minimal interaction with other visitors and social distancing with respect to staff,” reads the report.

2015 wedding trends to look out for at the Wedding Expo 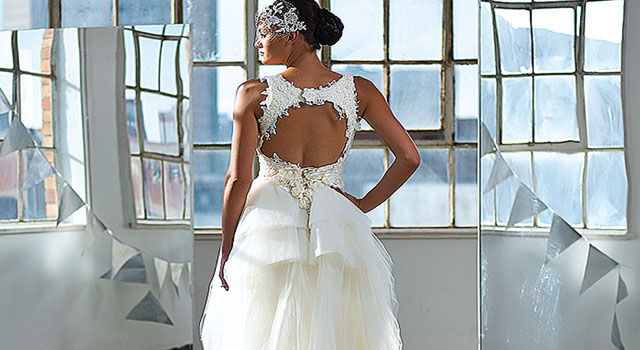