Nigel Dixon-Warren, partner at financial services firm KPMG has been appointed administrator of KFC Botswana stores and will be operating the business while looking for a buyer.
Speaking to Gazette Business last week, Dixon-Warren said all KFC outlets were in operation expect for Francistown.
“With the help of the banks and KFC South Africa, I have restocked all the outlets and they are all open except for Francistown where we are waiting for re-connection of electricity,” he said.
Dixon-Warren is charged with selling the franchise when a workable offer is made for its purchase. “I will be putting up an advert soon for the sale of KFC,” he said, noting that VPB Propco, which has been operating the business over the last five years prior to the liquidation, will have no further involvement in the business.
“I cannot say at this moment why this franchise has been liquidated, I’m yet to investigate that but historically, the KFC Botswana has been the most profitable in Africa; we believe the business is viable and when run properly it is very profitable,” he said.
This development also means that all the 400 KFC workers will keep their jobs.
On rumours that business magnate, Satar Dada was planning to buy the business, Dixon-Warren explained that; “Mr Dada would not have been allowed to buy KFC Botswana even if he wanted to, the rules of the franchise owners would not allow that because he is a supplier to the franchise.”
He noted that by so doing, there would be a conflict of interest. Dada owns Coldline, which supplies chicken to KFC Botswana, and it is the only approved KFC chicken suppliers in Botswana.
He explained that being the owner and at the same time being the supplier would create a risk for the KFC brand as the risk would lie with one person. Dada has however quashed speculation that he was buying KFC Botswana.
Dixon-Warren said that it remains to be seen if there will be more KFC outlets in Botswana as the business remains highly viable. The franchise has been estimated by some to be valued at P60 million.

CLARIFICATION: KPMG has never been involved in any of the affairs of the KFC operations in Botswana prior to the Provisional Liquidation of the 2nd of June 2016, as our story in the last edition of The Botswana Gazette suggested. KPMG was appointed as the Provisional Liquidator with responsibility (under the Court Order) of operating the business in full during this period, with a view to selling the operation as a going concern following a competitive process. 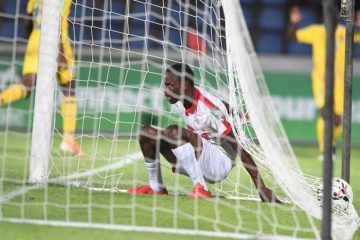