BSE-listed property firm, Letlole La Rona (LLR), has recorded an impressive P50.1 million in revenue for the half-year ended December 31 2020, a 27 percent rise from the P39.4 million recorded in the prior year, company financials reveal.
According to the company Chairman Fred Selolwane and Acting Chief Executive Officer (CEO) Kamogelo Mowang, the rise in revenue is largely attributable to new additions to its portfolio.
“Despite the challenging period, the company has managed to maintain its annual average lease escalations of 7 percent,” they said in the financials released recently. “LLR has worked and continues to work tirelessly to grow its portfolio and this has borne fruit as the six additional properties that were acquired during the months of June and July 2020 have, in addition to the lease escalations, greatly contributed to the increase in revenue and consequently operating profit.”
Selolwane and Mowaneng noted that the home-grown loan stock company which engages in investment continued to show resilience despite the disruption to business at unprecedented levels caused by the COVID-19 pandemic. “This has seen our tenants falling behind on rentals during the lockdown periods,” the two wrote. “However, businesses are steadily recovering, with most of our tenants honouring their rental obligations and reducing arrears which accumulated during the past six months.”
But Letlole recorded a slight decline of 7 percent in profit before tax from the prior year figure of P35.7 million to P33.3 million during the interim period. The decline is seen as a result of a lower fair value gain than in the prior year (P8.4 million in 2020 vs 10.6 million in 2019).
Meanwhile, the two LLR head honchos noted that the company’s investment portfolio, which consists of investment property and other investments, remains solid, now standing at over P1 billion. “Due to the contraction of the economy as a result of the pandemic, the company has seen its debtors’ book rising significantly,” they said. “The company has focused its efforts on the collection of arrears in order to improve its cash flows and thus enhance its distributions”.
Regarding LLR’s future outlook, Selolwane and Mowaneng said with the economy on its way to recovery, the company is excited about the opportunities that lie ahead. “LLR is embarking on strategic partnerships that will unlock value for its unit holders; with close to P1 billion worth of yield-accretive investments in the pipeline,” they noted.
LLR is a Botswana owned company whose major shareholders are the Botswana Development Corporation Limited (BDC), Delta International Mauritius Limited and Botswana Public Officers Pension Fund (BPOPF) which owns shares through its fund managers Botswana Insurance Fund Management (BIFM) and Allan Gray. The two are custodians of a fund called FNB Nominees (Pty) Ltd on behalf of BPOPF. 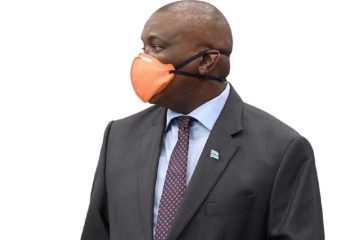