Letshego Holdings Limited has again topped the Botswana Stock Exchange (BSE) market after trading on a year-to-date basis in terms of value, at P500.8 million during the first half of 2016. Letshego is the first consumer lending company to be established in Botswana and is purported as the leading provider of unsecured credit to Batswana. It has achieved outstanding results over the past years in terms of customer base within Botswana and has also excelled in the BSE share market for some time.
The microfinance company was this year followed at second by New African Properties who traded shares at the value of P466.6 million while Sefalana Holdings Limited dropped to third at P175.9 million. The three companies accounted to 69.9% of total turnover of P1.6 billion generated during the first two quarters of the year.
Letshego was top of the market charts during the same period in 2015 when its trading contributed P439.3 million to the total share revenue. At the time, it was followed by Sefalana who has since dropped to third this year, while FNBB, who do not feature in the top three this year, had finished third at P181.5 million during the first half of 2015.
The BSE performance review released last week shows that it (BSE) recorded a turnover of P1,6 billion from January to June 2016 from 483.1 million shares traded. During the same period in 2015, the BSE had registered a turnover of P1,5 billion and a total volume of 395.6 million shares traded.
The BSE share trading performance improved significantly over the last four years, as evidenced by the volume of shares traded in the first two quarters of 2012 which grew from 163 million to 483.1 million in 2016. The volume of shares traded during the first quarter of 2016 (187 million) is more than the volume of shares (163 million) traded during the first two quarters of 2015 combined.
Stability of the turnover, according to the BSE, deteriorated in 2016 in comparison with the preceding four years. “Further, 2016 recorded a higher coefficient of variation of turnover of 3.5 compared to the 1.6 and 2.3 recorded in 2015 and 2014, respectively. This deterioration in the stability of turnover is attributable to the record turnover of P494.3 million realised on 15 June 2016, the highest amount of turnover ever recorded on the BSE in a single day,” it said.
It said in Quarter 2 of 2016, the contribution to turnover by local companies declined to 54.3% from 76.1% in Quarter 2 of 2015. An improvement, it said, was noticed in respect of local individuals with their contribution to turnover rising to 3.3% in Quarter 2 of 2016 relative to 2.1% in the same period in 2015.
“During the period 1 January to 30 June 2016, local companies contributed 52.9% of total turnover compared to 66.0% in the corresponding period in 2015. Further, local individuals contributed 3.6% of total turnover realised during the period 1 January to 30 June 2016 compared to 2.6% in the corresponding period in 2015. Similarly, turnover attributable to local retail investors during the first half of the year increased from P39.1 million in 2015 to P58.9 million in 2016,” the BSE said. 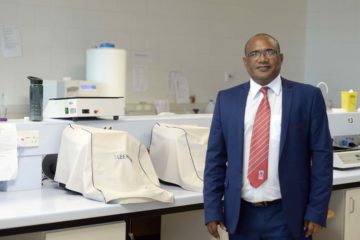