FNBB, Absa the most distressed

First National Bank Botswana (FNBB) continues to lose grip on its share price as after shedding 0.20 percent on the Domestic Company Index to close the week at 6890.35 points. FNBB rival Absa Botswana joined hands with its competitor to help the local bourse lose 0.20 percent.

These big banks lost. FNBB -1 thebe and Absa -3 thebe, closing at 219 thebe and 540 thebe respectively. FNBB has been one of the biggest losers this year after recently losing 12 thebe for the week, reaching P2.20/share in levels last seen in June 2018 when the share price was on the rise.

FNBB is once again listed in a group of losers after its 12 thebe plunge of last week. The once greatest performer on the BSE, especially before the first lockdown in April, went into such a downward spiral that by July it had lost 55 thebe. The signs came when the stock fell by 20 thebe in March. But analysts have warned that not only big banks like FNBB and Absa will lose share price because there has been a down-fall in the share prices of other listed banks, including StanChart.

But FNBB and Absa are the hardest hit. According to Motswedi Securities, the FNBB stock now stands with a year-to-date of negative 22.8 percent and is the third largest loser in the market. Garry Juma and Salome Makgatlhe of Motswedi Securities have also warned that apart from its share price going down, further distress is on the way for FNBB following the Bank of Botswana’s decision to cut the bank rate. “This will surely strain the bank’s interest income and force banks to think of more innovative ways to cover the interest income pinch,” Makgatlhe said.

ut the bank rate by 50 basis points to 3.75 percent. According to the central bank, the main reason for the cut is that despite short-term adverse developments in the economy against a potentially supportive environment which includes accommodative monetary conditions, reforms to further improve the business environment, concerted efforts by the government to mitigate the impact of COVID-19 and likely impact of the Economic Recovery and Transformation Plan, it is projected that the economy will operate below full capacity in both the short and medium-term. 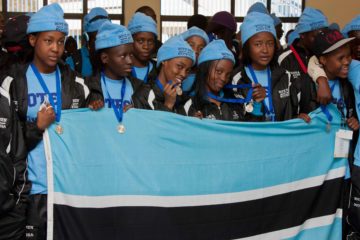