October 29, 2020 Admin
Home»Business»New copper mine to open in Ghanzi
Business/Mining

Botswana based copper mining company, Tshukudu Metals Botswana is developing a new copper mine in Ghanzi.
The mining company funded by Australian and UK listed companies and investors told delegates at Botswana Resource Sector Conference last week that it discovered huge resources of mineable copper deposits in Ghanzi district and now wants to develop an open pit mine which targets China and the US among potential markets.
According to the company’s development targets, the on-going feasibility studies in the project, will be followed by Environmental Impact Assessment (EIA) and application for mining and manufacturing permits as well as design and construction of the mine; this is all planned to be carried out between 2017 and 2018.
The company management has indicated that the project which is expected to start production in 2019 has attracted funding support from global investors and around P200 million was raised in the past six months from Australian, UK and North American investors for exploration and feasibility studies.
The company’s projections show that around P1.4 billion funding is needed to construct the first mine and the proposed copper processing plant. According to the company’s capital assumptions Tshukudu needs US$ 62.7 million (around P627 million) to construct a processing plant which can process 2 million tonnes of copper per annum, US$ 23 million (around P230 million) for infrastructural development such as housing for staff, US$ 17.6 million (around P176 million) for construction of the mine and US$ 18.3 million (around P183 million) for contingency. Exploration Manager Kebalemogile Tau has indicated that Tshukudu and the funding companies are serious about the project and are ready to spend and develop the mine. One of the funding companies, MOD resources recently indicated that it has cash amounting to over P178 million with the potential to raise more cash for development of the mine.
The projections indicate that P444 million-P650 million cash could be generated from the mine per annum over a period of 10 years of production.
The company has indicated that the Kalahari copper belt, where the mine is being developed, is a rapidly emerging copper region and has advantages when compared to copper belts in global copper producing countries such as Australia, Chile and Canada. The copper deposits are found in shallow sand cover and require limited drilling during mining and the deposits contain high grades of copper with significant silver, according to the company management. “We recently found copper deposits of 2.1% grades at 46.6 metres down hole,” said Tau.
According global copper grades, Kalahari copper belt copper deposits are graded between 1.3% and 2.0%, compared to 0.75% grades for copper deposits in Chile, Peru and Mexico and 0.58% grades in Canada, Australia and the US. “Other advantages are the long-established mining industry, skilled workforce and low sovereign risk in Botswana. The BCL smelter is already available and that will reduce transportation costs and the grid power expected to be completed in 2019-2020 is also expected to reduce the costs of infrastructural development,” said Tau.
The company says it has started building employment and training of staff in February 2017 and MOD Resources Managing Director Julian Hanna said “while there are no projected figures on the number of employment opportunities which could be created, we can say hundreds of people will be employed and we are committed to give priority to people from Ghanzi.”
Tshuukudu Metals Botswana has indicated that there is potential for expansion of its mining activities as there are more deposits around the proposed mine.

Kgaboetsile to officiate at Malaysian Masters 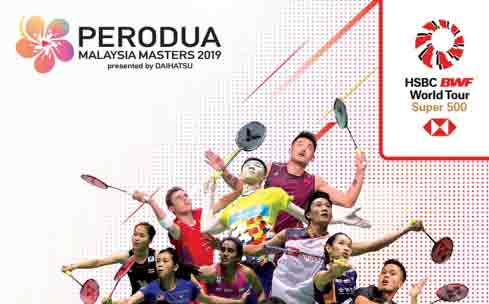