Botswana-focused Canadian diamond miner Peregrine Diamonds has
re-organised its top management with the appointment of Chantal
Gosselin to the board in a reshuffle that left company Chief Executive
Officer, Tom Peregoodoff, serving the additional role of President and
CEO of Kaizen Discovery Incorporated- an indirect subsidiary of the company.
In a statement released on January 4, 2017, the company said Gosselin,
would use the experience gained through more than 24 years of combined
experience in the mining and capital markets industry to help the
company progress with the expansion of global mining and exploration projects.
Apart from the Sikwane kimberlite drilling project in the Kgatleng
district of south-eastern Botswana, Peregrine Diamonds also operates
several other diamond mining and exploratory development projects,
including the Chidliak Diamond Project in northern Canada.
“Chantal is a well-respected mining executive with in-depth experience
in both the mining and capital markets. As a Director of Peregrine
Metals Ltd, a base-metal exploration and development company that was
spun out of Peregrine Diamonds Ltd in 2005, Chantal played a key role
in the 2011 sale of Peregrine Metals to Stillwater Mining Company in a
transaction valued at US$487 million.
“Chantal built her career in increasingly senior roles with several of
Canada’s leading mining investment banks and she is a welcome addition
to our team of directors as we advance our Chidliak Diamond Project
toward development, “ said Eric Friedland, the executive chairman of
Peregrine Diamonds.
The re-organisation of top management positions left company CEO Tom
Peregoodof with additional responsibilities as President and CEO of
Kaizen Discovery Incorporated, an indirect subsidiary.
“Effective January 4, 2017, Peregrine President and CEO, Tom
Peregoodoff, has also been appointed President and CEO of Kaizen
Discovery Inc. Mr. Peregoodoff’s duties in his role as President and
CEO of Peregrine Diamonds will continue unaffected by this appointment
to Kaizen’s management team. He will share his time and costs between
the two companies,” the company said.
Kaizen Discovery is controlled indirectly by Robert Friedland, a
majority shareholder at Peregrine Diamonds. In August, last year, the
company announced the completion of core drilling operations on three
kimberlite and two exploration targets in the 453 km2 Sikwane Project
area covered by Prospecting Licence PL272 of 2015.
Drilling in the key Botswana project area was hailed as a success
following the intersection of kimberlite material. The test ores have
since been sent to Canada for advanced micro-diamond analysis. The
concession is known to contain up to nine kimberlites. 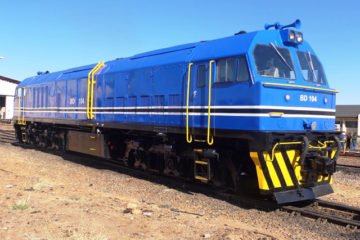