November 30, 2020 Admin
Home»Business»Protea Hotels to open in the CBD
Business/Invest/News

One of Africa’s leading hotel brands, Protea Hotels, last week announced the signing of agreements for the development of its first hotel in Botswana, making the country the ninth in Africa where the brand will have presence. The 160-rooms hotel will be built at the new Central Business District (CBD) and is scheduled to open in early 2018.
Gazette Business understands that the hotel will offer rooms of various sizes and types, and will also feature substantial conference, meeting and event facilities. It will have a large ballroom designed for versatile use, which can be converted into four meeting rooms, giving the hotel the ability to host up to eight meetings at any time – four in the ballroom and four in the other meeting rooms that are planned.  Other facilities will include a business centre, bar, restaurant, fitness centre and outdoor pool.
Efforts by this publication to get further details from Protea Hotels were futile as Bonny Feldman, Senior Account Manager at Arvine Bartlett, said they work through the Marriott Middle East and Africa office which closes on Fridays for the Muslim Sabbath, so that often affects their response time. Arvine Bartlett does Public Relations for Protea Hotels and its parent company, Marriott International.
President and Managing Director, Middle East and Africa for Marriott International, Alex Kyriakidis was quoted on hospitalitynet.org as saying; “Characterised by prudent economic management and political stability, Botswana is one of the fastest-growing economies in the world, and is classified by the World Bank as an upper-middle income state. With this sort of economic success and the positive outlook for the country, we certainly see strong value in this venture in Botswana.”
“Protea Hotels enjoys a strong reputation as a leader in the hotel industry, and we are very confident that this new development will create a positive impact. The Hotel represents a significant investment in the local economy and, in addition to offering new hospitality facilities, it will be appreciated because of the new employment opportunities to be created for local citizens,” he said.
He noted that this development reflects their ongoing commitment to doing business in Africa, and to providing the sort of quality accommodation and facilities that the market in Africa is calling for. Marriott International plans to open over 93 hotels in the Middle East & Africa between now and 2025. Seventeen of these hotels will be opened in the region this year, with 10 of them opening in Africa.
The arrival of Protea Hotels in Gaborone will mean further upgrading to the hotel and conferencing space in the capital city as a number of other hotels and lodging centers have either opened up or expanded over the last few years, while the construction of others is on the pipeline. TraveLodge, with 115 rooms, recently completed its expansion and boasts of a new 700-seater state of the art conference centre in Block 3; Masa Square Hotel, which opened five years ago in the center of the CBD, re-launched last month following a rigorous refurbishment and now has 153 rooms; and the Tlotlo Hotel and Conference Center relocated from Phase 2 to Block 5 in 2013 where it expanded to 84 rooms.
A P300 million Hilton Garden Inn Hotel, owned by the Botswana Public Officers Pension Fund will also open up in the CBD. Construction of the 148-roomed hotel, adjacent to the i-Towers, has since started and the hotel is expected to open in 2018. 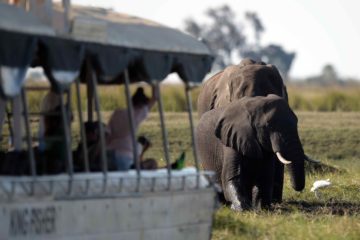