It seems the round robin at Choppies finally has Ram in the middle where institutional investors in the troubled supermarket chain want him. But as the determined investors pinned the Ram-inclined board down to a tough ultimatum, PriceWaterhouseCoopers resigned as auditors of the giant retailer. Staff Writer KEABETSWE NEWEL reports

Disputed CEO of Choppies, Ramachandran Ottapathu , could soon find himself answering for the financial scandals at the giant retailer following a relentless push by institutional shareholders after the new board aligned to him wanted his charges swept under the carpet.

A fortnight ago, the new board announced that to pursue the disciplinary proceedings against Ottapathu, which has been recommended by the Desai Law Group, at this time would be inimical to the interests of the business, shareholders and the value of the company, particularly in view of the collective responsibility of the board as referred to in the Desai Law Group report.
The board at that time reinstated Ottapathu – popularly known as Ram – as CEO subject to enhanced control and proper oversight by the board.

The new Choppies board is made up of Ram’s number one ally Farouk Ismail, as well as Tom Pritchard, Carol Jean Howard and Ram himself. The board members, which were nominated by Ram, were voted in at an Emergency General Meeting (EGM) where all other members who opposed him were defeated. Dorcas Kgosietsile, Ronald Tamale, Wilfred Mpai, Heinrich Standar, Kenny Nwosu and Tom Pritchard were voted out.

The institutional investors, which collectively own 46 percent shares in Choppies, want Ram to undergo a disciplinary hearing in accordance with findings of a legal report compiled by Desai Law Group as well as a forensic investigation report by Earnst & Young. It is a simple ultimatum: Should the new board, chaired by Utturn Correa, fail to subject Ram to a disciplinary hearing, it will take legal action to force the hearing.

Just a few days after that letter, the Choppies board announced that it continued to investigate the matters raised in the Desai Law Group and Ernst & Young Reports and that it had determined – in the interests of fairness, transparency and the responsibility to uphold the law – to appoint an independent Senior Counsel to undertake a holistic review of the reports, the current facts and available evidence, and then advise without fear or favour, objectively and impartially, on, among other things, the charges brought against Ram in the disciplinary proceedings against him, whether the company should proceed against any directors and whether the company should proceed against any other person.

“The board will take steps to ensure that due and fair and equitable process is followed in each case so that any person against whom claims or charges are brought has proper opportunity to answer the claims and charges in order that all issues and facts can be properly ventilated and considered,” the board announced. “Mr Ottapathu has reconfirmed his preparedness to participate in disciplinary proceedings and to answer the charges that may be levelled against him.”

He said by quitting their auditor position, PWC is raising serious red flags about the financial mess at Choppies.
PWC resigned following recommendations by shareholders after a risk assessment was conducted. Choppies announced on Friday that PWC had resigned as auditors of the company for the financial year that commenced on 1 July 2018 and ended on 30 June 2019. According to the announcement, PWC’s reasons for resigning relate to their annual risk assessment associated with their continuing client engagements conducted by them following the Extraordinary General Meeting of shareholders of the company held on 4 September 2019.

Choppies, however, says PWC remains committed to completing the company and group’s audits for the financial year ended 30 June 2018, as well as to making themselves available for consultation and discussions with management and, once appointed, successor auditors in order to ensure a smooth transition. “The board will commence the process of appointing new auditors and will advise shareholders once the new auditors have been appointed,” says Choppies. However, finding another auditor could be a challenge according to Majinda. As a listed entity, Choppies needs a reputable auditor, and the first choices are amongst the big four auditors, KPMG, Delloite & Touché, PWC and Ernst & Young. According to Majinda, these big four may be reluctant to work with Choppies for the very risks that PWC raised. “Listed companies critically need to have an auditor in place, if they fail to get an auditor the Companies and Intellectual Property Authority (CIPA) will be forced to appoint one for them after 30 days, but cannot force any auditor who may resist. What is important is that the company cannot operate without an auditor,” he said.

PWC was appointed auditors at Choppies in early 2018 following the exit of its then long time auditors KPMG. After its appointment, PWC raised red flags which led to irregularities at Choppies being exposed.

Forensic, financial and legal investigations were instituted after PWC found Choppies to have been engaged in secretive financial dealings where the company transacted with related parties without disclosure. Choppies’ financial reporting methods were also found by PWC to have been non-complaint with International Financial Reporting Standards (IFRS).

The investigations established that in March 2018, substantial stock deficits were discovered by Choppies’ former internal auditor. It emerged that the deficits were aimed at fictitiously increasing the profitability and falsely inflating the Net Asset Value (NAV) of the company shares, all orchestrated by Ram as CEO. It was found that simulated transactions were concluded in relation to sale of stock to disguise historic stock deficits and to mislead the board, its shareholders and lenders.

The transactions entailed the sale of non-existent stock and a purported receipt of payment. Fictitious sales were reflected to the value of R128 545 232.92 (over P92.5 million) from Choppies as seller to Devland Cash & Carry (Pty) Ltd and ANE Western Cape (Pty) Ltd as purchasers. Both companies had common directors in M Gathoo and S Gathoo. nIn order to disguise the sham, actual remittance of the same amount of money was paid back to Choppies by Devland and ANE which in turn also required back a remittance from Choppies.

The return remittance from Choppies was executed by yet another set of fictitious and sham transactions which entailed the purchase of four stores from ANE at market value. The four stores were purchased at an inflated price of R145 500 000 (about P104 760 000) when the fair value of the stores was no more than R45 972 562 (about P33 100 244), according to a letter authored by Festus Mogae as then chairman of the board.

The initial purchase consideration was, increased by R90 million (about P64 800 000) without any factual basis. These purchase considerations, according to Mogae, were never disclosed to the board or to the auditors. Between January and May 2018, R123.3 million (over P88.7 million) was paid to ANE disguised as payment to the four stores. In reality, according to Mogae, it was part payment for the return remittal of the non-existent stock which Choppies sold to ANE and Devland.

A further USD455 333 (around P5 million) was paid by Choppies to MGC International Trading LLC, a company based in Dubai that is partly owned by director of Devland, Y Gathoo. 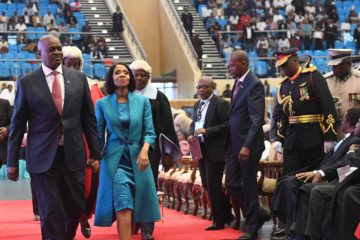