As recommended by Advocate Redding SC and Advocate Meyerowitz in their opinion dated the 6 December 2019, the Choppies board of directors have slashed Chief Executive Officer (CEO), Ramachandran Ottapathu ‘s salary almost by half.

Ottapathu’s employment contract was found to have been irregular. While the contract was supposed to have been signed by the then Chairman of the Board, former president Festus Mogae, it was rather signed by Ram’s junior, the then Chief Finance Officer (CFO), Manikandan Madakkavil, in 2011. The contract, according to a legal report compiled by Desai Law Group, which focused on certain transactions involving the Fours Group, contained a number of odd provisions not typical of any employment contract. In the report, Desai law Group, highlighted that Ram’s employment contract gives him wide powers in relation to the management of Choppies, and that he used them heavily in all aspects of the business of Choppies group. The report was filed in Court during the case in which Ram sought to have an Emergency General Meeting (EGM), to have the shareholders vote for or against his stay as CEO. According to Ram’s employment contract, he had the powers to enter into contracts on behalf of Choppies and to also do all acts which in the ordinary course of business he may consider to exercise in the best interest of Choppies. Further the contract authorised Ram to enter into negotiations, contracts agreements, Memorandum Of Understandings (MOUs) with anybody, firm or legal entity and to execute, rescind, vary or null any of the provisions or whole of such contract in the best interest of Choppies. Ram also enjoyed a monthly payment of almost P1 million. According to a circular published on the Botswana Stock Exchange (BSE), the reviewed employment contract between the Company, and Ottapathu was effective as of 1 March 2020. According to the announcement, in accordance with current best remuneration practices as advocated by King IV Code on Corporate Governance, the current guaranteed portion of the Chief Executive Officer’s remuneration has been reduced by 43 percent to facilitate the introduction of short-term incentives. Upon the lifting of the suspension of the Company’s share trading on the BSEL and JSE, the Board will consider the introduction of long-term incentives as part of the remuneration of the CEO as well as the quantum of overall remuneration.

Further, Choppies announced that the advices of Advocates Hoffmann SC and Redding SC in this regard were accepted by the Board, and appropriate clauses inserted in the employment contract.

The board is also busy restructuring Choppies. Already, a South African Chartered Accountant has been appointed Chief Finance Officer (CFO) with effect from mid-April 2020. This appointment, according to the board, is subject to the issuing of a work permit by the Botswana authorities. The individual has extensive Johannesburg Stock Exchange (JSE) listed company experience including group accountant of the Nampak Group for six years and more recently senior financial positions within the retail group Edcon.

CHOPPIES HIRES DEPUTY CEO
The recruitment of a Deputy Chief Executive Officer is also almost complete. Choppies said a suitable candidate with over 25 years of grocery retail experience in Southern Africa including very senior executive position and proven retail track record has been identified and he will commence duties with the Group, as soon as his current commitment comes to an end, during April 2020.

CHOPPIES SHUTS DOWN FOREIGN OPERATIONS
As a strategic move to stay afloat, the company has announced the discontinuation of operations in loss-making markets.
In order to stabilize the business and enhance Shareholders’ value, Choppies announced that is has exited all the lossmaking markets.
Mozambique operations were closed in September 2019 and the majority of the equipment has been moved to Choppies Zambia. Further, Tanzanian operations were closed in November 2019 and all efforts are being made to sell the equipment and clear the outstanding liabilities. Moreover, Kenyan operations have since been scaled down to only two stores and negotiations are on-going to sell equipment to local operators and/or existing landlords to clear some of the outstanding liabilities. 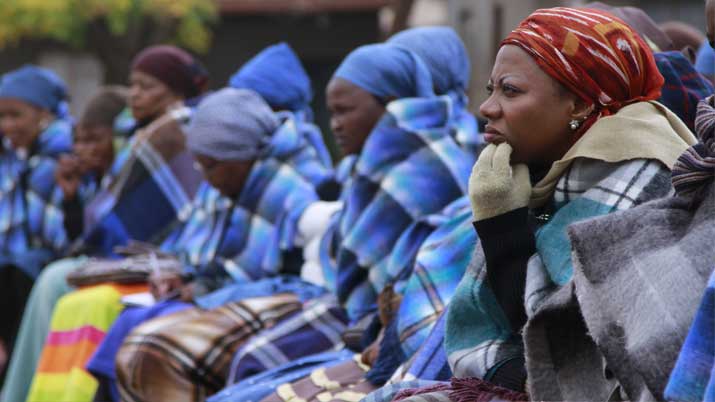