Will the suspended CEO of Choppies – encircled on all sides by hostile shareholders – ram his preferred list of candidates for appointment as directors down the throats of the present board that he wants out, or will the board use a raft of wrongs to finally rid itself of Ram as the problem that nearly ran Choppies to the ground by doing things pretty much as he pleased?
KEABETSWE NEWEL loosens the knots.

In about two weeks, suspended Choppies CEO Ramachandran Ottapathu will lock horns with certain institutional shareholders at an Extraordinary General Meeting (EGM) of the retail group over the choice of new directors to be appointed to the board.

A circular released by the troubled retail conglomerate suggests that Ram has his preferred choice of people he wants appointed to the board while other shareholders have their own list.
Among people who have been proposed by certain institutional shareholders and to whom the board has consented is Goleele Mosinyi. He has been proposed for appointment as a director of the company by ordinary resolution in accordance with the provisions of Clause 20.3 of the company’s constitution. Another person similarly proposed is Kenny Nwosu.

Mosinyi is a South African-based Motswana who owns a Johannesburg-based company called Africa Finance Investment (Pty) Limited (AFI) while Nwosu is an experienced private equity and investment manager who has served as director in several banks. He is currently the CEO of Norsad Finance. According to sources, Mosinyi is being sought to replace former president Festus Mogae as Chairman of the Choppies Group.

Choppies institutional investors include Botswana Insurance Fund Management (BIFM), Alan Gray, Investec, Standard Chartered Private Equity Fund and African Alliance who collectively control over 45 percent of Choppies. Since the Choppies scandal, the investors have become active and proposed changes to the board by adding more members to strengthen and broaden the experience.

But Ram has his own choice of people that he wants for appointment by the board. In his capacity as a shareholder, Ram has resolved to appoint Oabona Michael Kgengwenyane as a Choppies director by ordinary resolution in accordance with the provisions of clause 20.3 of the company’s constitution. Kgengwenyane is the Managing Director of InnoLead Consulting. Further, Ram wants Tom Pritchard appointed as a director of the company together with Carol-Jean Harward, an investment analyst at African Alliance.

Ram has openly said the board of Choppies is useless in that most of its members lack the technical retail expertise needed to drive Choppies forward. Some time back, Ram proposed to restructure the board and bring in his preferred candidates but was met with firm resistance by the board. Ram also wanted to call an EGM earlier where he intended to dissolve the board and appoint his own, as well as have the shareholders vote against his suspension. He lost the matter in court after the board decided that an EGM may be called but not on Ram’s terms. Ram had mobilised some institutional shareholders to his side.

It remains to be seen how the board will vote at the EGM, which is expected to be a make or break moment for Ram. The EGM will also review findings of the legal, financial and forensic investigations of Choppies. The forensic investigation found evidence that various agreements supporting the group’s store acquisitions in South Africa were created and backdated in order to falsely create audit support for the transactions through which cash was then paid back to the Business Seller. Such backdated agreements were signed on behalf of the group by members of senior management.

Further, the investigation found that the creation of supporting documents went as far as to include the creation – after the fact (and acting on request from the group’s senior management) – of relevant documents by professional advisers in order to create the impression that these had existed at an earlier date.

In Zimbabwe, the forensic investigation found that there were inconsistencies between operating records routinely used to report and control physical cash receipts and accounting entries recording receipts in settlement of the Bulk Sales. The forensic report found evidence that vouchers were created (on instruction of a former member of the group’s Zimbabwean senior management) in order to support the accounting entries reflecting as cash expenditure for these refurbishment costs.

The forensic report has identified more than 100 business interests that it characterizes as “unique” because they had not been declared to the group by three current directors and one former director.

In the latest circular, Choppies announces that it is in the process of seeking legal advice regarding possible transgressions identified in the forensic report. “Based on this advice, the board will implement any remedial action considered necessary, including disciplinary procedures, reporting to relevant authorities or regulators and legal action,” says the circular. 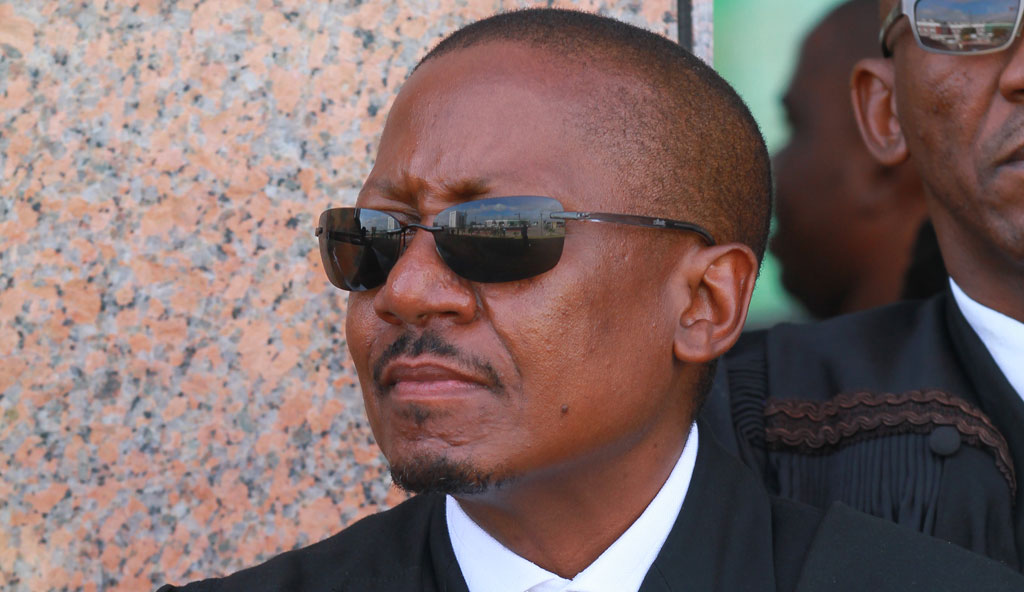