The Lodge performance is benefitting from growth in the tourism industry and excellent management of the property.

Promoters of Masa Square Hotel, RDC Properties Limited last week released encouraging half year un-audited financial results as at 30 June 2016. The Group recorded a 42% increase in profit before tax, to P26.2 million, up from the P18.7 million realized during the corresponding period the prior year.
The management of the Group said it performed well largely due to a decrease in net finance costs to P3.5 million from P9 million the prior year. “Net finance costs this year decreased to P3.5 million due to interest earned from the investment of funds raised during the Rights Issue in November 2015, as well as a reduction in borrowing costs,” they said.
They indicated that Profit from operations increased by 8% to P29.7 million, with rental income up 5% to P41.7 million despite difficult trading conditions in the commercial property market. Rental revenue, according to the Company, was entirely from the Botswana market, and it was for the first time that Masa Center contributed to dividends.
It also highlighted the contribution of the Chobe Marina Lodge, one of its facilities which it said it performed exceptionally. “The growth in rental income was aided by the performance of Chobe Marina Lodge which has performed exceptionally showing an increase in rental income of 33.9% over the prior year. The Lodge performance is benefitting from growth in the tourism industry and excellent management of the property. The lease is linked to the revenue of the Lodge hence the significant growth in rental income,” RDC indicated.
Refurbishment and rebranding of the Masa Square Hotel was completed this year and the facility was re-launched in May “with the addition of 30 luxurious Masa Executive Suites. The Suites are operated by the Masa Square Hotel and the response by the market has been very good.”
The Group also touched on its establishments in Gaborone West, saying; “We are also delighted to announce that the Gaborone West Warehouse extension is now complete and it is currently at 71% occupation. The demand for these type of Industrial units has been robust. Additionally, works have commenced on the new ICC Residential Flats, with 45 new flats being added to this prime property acquired in 2015 for redevelopment.”
Management of RDC is also focusing on the regional diversification. It noted that the proposed development of the Business Hotel in the CBD of Cape Town in South Africa has had to be set aside as some issues arose with the subdivision of the property which was a condition precedent; and other developments are under scrutiny.
There is progress in Namibia and Mozambique where, in both countries, they have signed a Memorandum of Understanding with partners for their proposed retail developments. Two pieces of land (in each of the countries) have been identified and reserved for development.

Over 80 000 Graduates Are Unemployed In Botswana 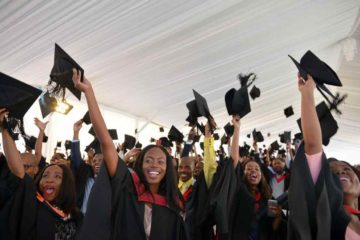