At first glance there’s nothing out of the ordinary about the regional airport in George, a town of just 150,000 residents on South Africa’s south coast. In fact though, the small site is Africa’s first “green” airport to be powered by the sun.The control tower, escalators, check-in desks, baggage carousels, restaurants and ATMs — every service here depends on a small solar power station, located a few hundred metres away in a field of dandelions next to a runway. Its 2,000 solar panels produce up to 750 kW every day, easily surpassing the 400 kW needed to run the airport.
The excess is fed back into the municipal power grid, and a computer screen in the terminal informs passengers: “Within this month (September), 274 households were supplied through this system with green electricity.” For environmentally-conscious travellers keen to reduce their carbon footprint, it’s a welcome development.“Planes have such a big carbon print,” said passenger Brent Petersen, 33, in George. “If we compensate, that’s cool.” George Airport was originally built in apartheid-era South Africa in 1977 to make getting home easier for PW Botha, a government minister at the time and later president.
It now serves as a transit hub for shipments of homegrown flowers and oysters, as well as golfers visiting one of the region’s many courses. Some 700,000 passengers pass through its doors each year. The solar plant, launched in September 2015, is the second solar-run airport in the world after Cochin airport in southern India.Nestled between the Indian Ocean on one side and the majestic Outeniqua Mountains on the other, George was a surprising location for the first attempt at a solar-powered airport in South Africa.

Ambitious project
The town’s weather is unpredictable: in the space of half an hour, the temperature can plummet by 10 degrees celsius, the blue skies quickly replaced by a steady drizzle. But so far, so good: even on overcast days, the plant still produces some power.At night or when necessary, the system automatically switches over to the traditional power grid.“The thinking was if we put (the solar system) in the worst unpredictable weather, it will absolutely work in any other airport in the country,” the airport’s maintenance director Marclen Stallenberg told AFP. The environmental value of the ambitious project is already evident.
Since solar became the airport’s main source of power, the hub has reduced its carbon dioxide emissions by 1,229 tonnes –- the equivalent of 103,934 litres of fuel. The electricity bill has been cut by 40 percent in the space of a year, “which is a plus for me on the budget,” said airport manager Brenda Voster.Voster says it will take another five to 10 years to pay off the initial 16-million rand ($1.2 million) cost. Meanwhile, regular power cuts, which in recent years have plagued Africa’s most developed economy, are a thing of the past, she adds. Heavily dependent on coal, which is the source of 90 percent of the country’s electricity, South Africa is looking to diversify its options to avoid power cuts.
Robyn Spence, who works at Dollar car hire company at the airport, said they “had to replace quite a few computers” fried by electricity surges caused by power cuts last year –- no longer an issue with the solar system.

Untapped potential
But not all the retailers at the airport are feeling the benefits yet. Lelona Madlingozi, a kitchen manager at Illy restaurant in the main terminal, said they had two power cuts lasting about three hours each just a month earlier. “We could not sell anything in the shop,” she said. Restaurants, said the airport, are not one of the essential services prioritised during power cuts. Expanding the use of renewable energy is a key focus for management firm, Airports Company South Africa, said its president Skhumbuzo Macozoma. The company’s goal is to achieve “carbon neutrality”, or net zero carbon emissions, by 2030.In a country with an estimated average of 8.5 hours of sunshine a day throughout the year, solar’s untapped potential looks huge. After the success in George, the airports in Kimberley — South Africa’s diamond capital — and Upington near the Namibian border have also gone green, with three other regional airports next in line.
George Airport now plans on increasing the capacity of the small power station by an extra 250 kW and will soon install batteries capable of conserving energy generated during the day for use at night. (AFP)

Another crack in the UDC? 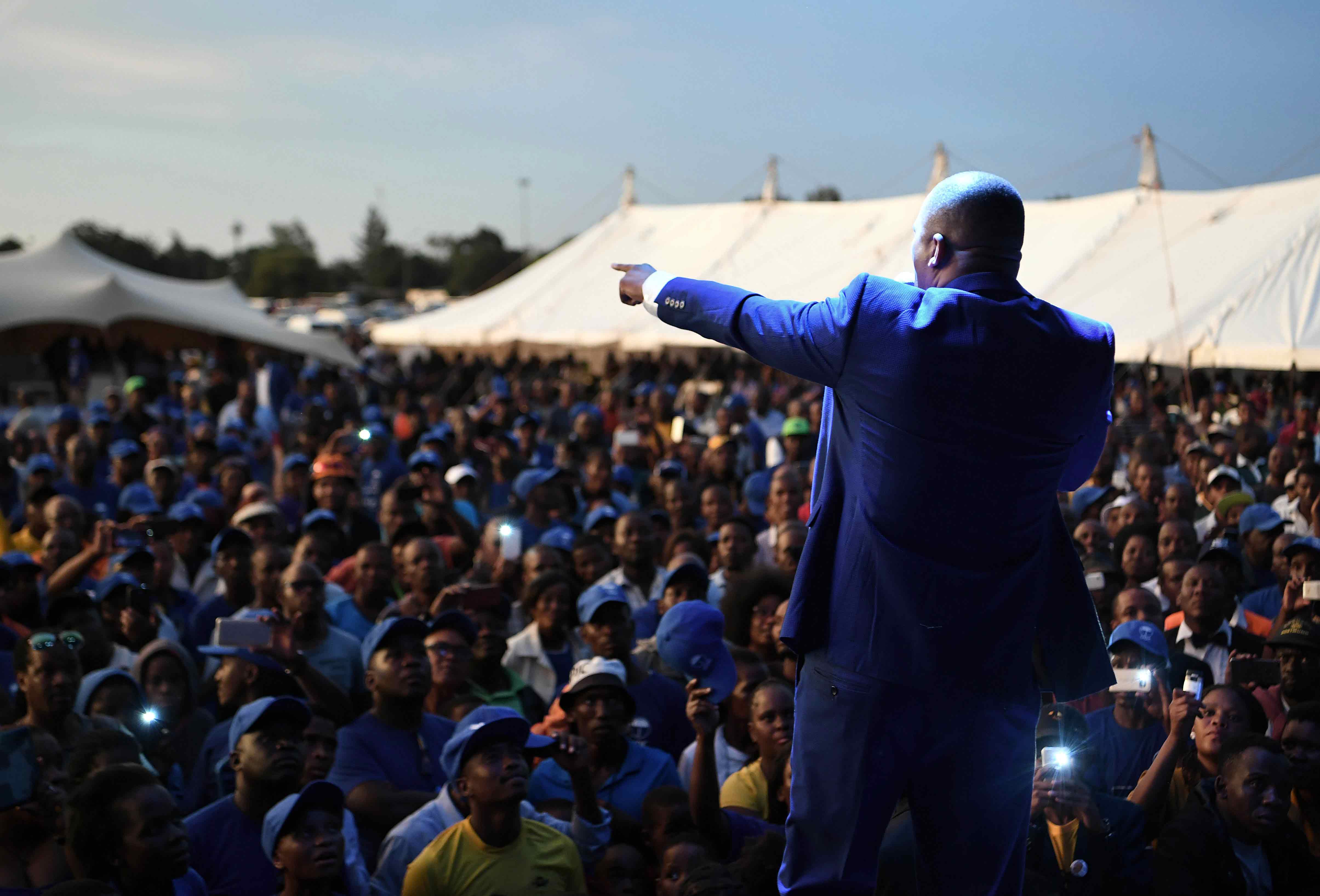