Competitions Authority (CA) will soon convene to decide on whether to give Milco SA (Pty) Ltd full control of Clover Botswana or not. This was confirmed by CA Chief Executive Officer (CEO) Tebelelo Pule in an interview with The Botswana Gazette on the sidelines of the public hearing of the proposed acquisition of 100 percent shareholding in Clover Industries Company by Milco SA (Pty) Ltd.

The hearing which was intended to allow the parties to the transaction to make verbal representations to the Authority with respect to the transaction as well as allow their competitors and the general public to express their views on the proposed acquisition was held in Gaborone recently.

Kristy Van Der Bergh, who represented Milco during public hearing, noted that as the acquiring group they expect the proposed transaction to bring nothing but a positive impact to Botswana as it has the potential of promoting the country’s technical and economical progress.

“And there is no intention of changing the good work that Clover Botswana is doing here because we are fully supportive of what they are doing,” she said, adding that they want to bring additional funding and expertise as well as help upgrade skills of the already employed personnel.

“We also intend to introduce new products that will result in expansion and growth of the dairy sector in Botswana.”For his part, Clover Botswana Managing Director (MD) Mike Joyner said the transaction will bring capital investment that can help diversify local economy. “It is going to allow us to play a bigger role in diversifying local economy through job creation that contributes to the wellbeing of the economy,” he said.

The proposed transaction will also have no adverse impact on the public as there will be no retrenchments as a result of the merger as according to both the Milco and Clover. When commenting at the hearing, (CA) CEO Pule encouraged Milco and Clover to always consider growing the Small, Medium and Micro Enterprises (SMMEs).

Meanwhile the acquiring enterprise, Milco SA, is a special purpose vehicle (SPV) incorporated in South Africa and it is controlled by Milco Mauritius International Ltd (MMI), which is also an SPV incorporated in Mauritius. Both SPVs were formed for the purposes of the proposed transaction. MMI is controlled by International Beer Breweries Ltd(IBBL)which is incorporated in Israel. IBBL manufactures and markets beer brands Carlsberg, Tuborg, Holsten and Stella Artois as well as non-alcoholic beer brand Malty and juice brands Prigat and Ocean Spray.

IBBL is a directly owned subsidiary of the Central Bottling Company Group (CBC), a company registered in accordance to the Laws of Israel. CBC is in-turn a privately-owned international food and beverage group, and, through its foreign subsidiaries, has manufacturing and distribution operations in Turkey, Romania, and Uzbekistan. CBC is the owner of Tara dairy, which is Israel’s second largest milk processing dairy, and Cat Foods, which is a juice operation with customers in over 70 countries.

The target enterprise in Clover on the other side is incorporated in South Africa. It is a branded consumer goods company in the food and beverage industry that is focused on the supply of dairy products, soy products, olive oil, and olives, and the supply of non-alcoholic beverages as well as sales, merchandising and distribution of consumer goods.
Clover Botswana currently has one distribution warehouse and production facility located in Gaborone.

Joining BDP will not divide the royal house- Mmusi Kgafela 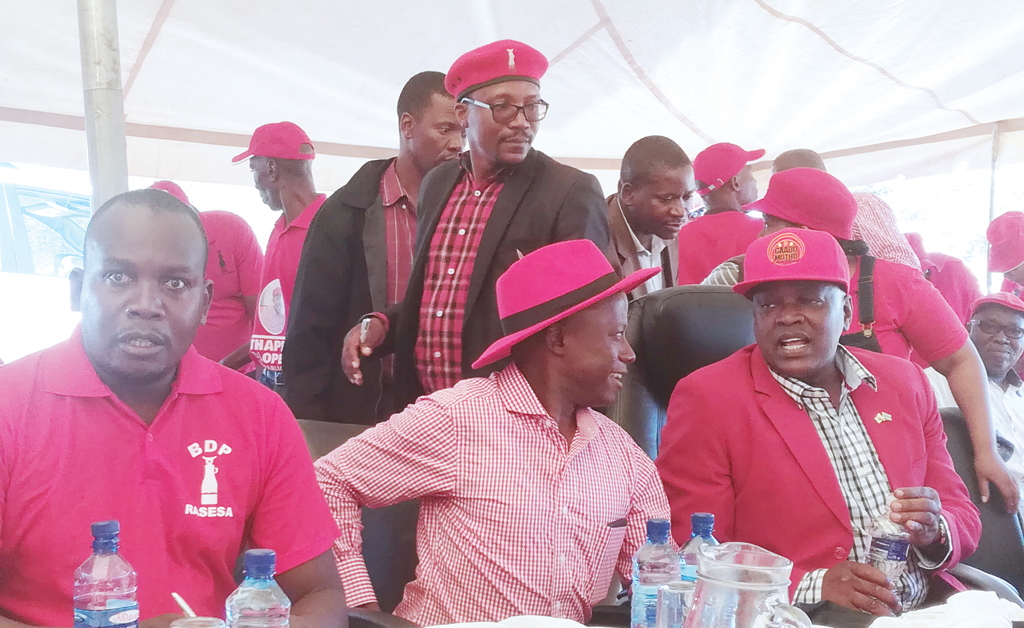