Botswana consumers have been losing 45% of the money they could have saved to South African retailers who peg their prices at a value in Pula identical to the Rand value of the same goods in SA even though the average annual exchange rate between BWP and SAR, is unequal and widest in SACU.

TSHIAMO TABANE
Some South African (SA) retailers operating in Botswana are accused of ripping off consumers off through unfair pricing practices. Without disclosing stores involved in the practice, Consumer Watchdog, an organization which advocates for interests of consumers has raised concern that many SA retailers throughout this country price their stock in Pula and Rand all at the same rate, despite the favourable Pula/Rand exchange rate which supports cuts in prices of South African imports in Botswana.
“Some stores have told us that they need to charge slightly higher prices in Botswana than in South Africa because of higher transport costs, taxes and staff costs but none of this makes sense. If they can charge a better price in Namibia, why can’t they do the same in Botswana? Also, if they were charging an economic rate for their products isn’t it a remarkable coincidence that the numbers are exactly the same?” said Consumer Watchdog Director Richard Harriman.
Harriman indicated that the stores ignore calls to stop the unfair trade practice which has resulted with consumers being denied currency exchange rate benefits in pricing. “In late 2015 the then Ministry of Trade and Industry ruled that it was an unfair trade practice if the Pula/ Rand exchange rate differential is not passed onto the consumer. A few months later that message was repeated by the president himself so there’s no excuse. We can accept higher prices if there’s a good reason but if it’s just laziness and complacency then consumers have a right to be angry,” he said.
The consumer rights activist says there are two things that consumers can do to make stores behave better: “Firstly, we can continue complaining to the authorities every time we see this ruling being ignored. Secondly, we can vote with our feet. If a store is abusing us, then we shouldn’t shop there. The authorities are powerful but not nearly as powerful as mobilized consumers.”
Asked about the amount of money consumers could be losing as a result of the unfair pricing practice, Harriman said “I’m really not in a position to guess what the amount might be. However, I’m sure it’s fair to say that it’s a lot of money.”
It has emerged that in three years between 2011 and 2015 exchange rate between Botswana and SA has gone from 1Pula = 1.04 Rand to 1.45 Rand. Between 2015 and 2016, average exchange rate remained unchanged at 1 Pula = 1.45 Rand and is expected to decline to 1 Pula = 1.40 Rand this year. Gazette Business understands that with the exchange rate of 1 Pula = 1.45 Rand local retailers importing stock from SA have their imported stock prices reduced and the importers have to cut their stock selling prices by 45 percent.
This means for every product priced in Pula and SA Rand at the same rate, Botswana consumers have been losing 45 percent of the money they could have saved.  It appears that Botswana consumers are also losing more when compared to consumers in other SACU member states because the average annual exchange rate between Botswana Pula and South African Rand is the widest. The currency for other SACU member states who also import most of their stock from South Africa is at par with SA Rand.
Mr. Price Group Corporate Communications Manager Lee-ann Heyburgh denied that Mr Price’s Botswana stores price their stock all at the same rate and said their pricing considers many factors. “Our pricing looks at market conditions and the varying costs of doing business such as logistics and occupancy cost in different countries and in separate currencies. We do our best to review our pricing on a regular basis to account for changes in these underlying conditions,” he said.
Permanent Secretary at the Ministry of Investment, Trade & Industry Peggy Serame could not state penalties for retailers in unfair trading practices but indicated that in an endeavour to curb the unfair pricing practice, government has issued press statements advising retailers to consider currency exchange rate when pricing their stock and added that government will continue to inspect stores to ensure fair pricing practices. 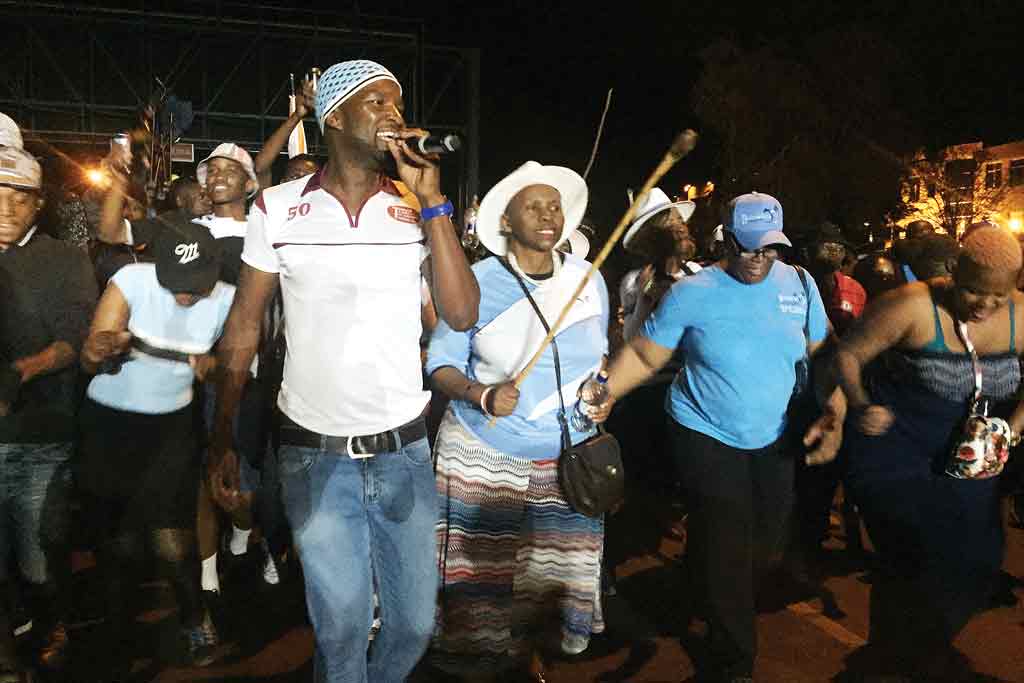