Shumba will in five years supply Eskom with power

Shumba Energy has hived off its risk profile, after the South African Energy Ministry affirmed its commitment to cross border Independent Power Producers for procurement of electrical energy.
Shumba, which is listed on the Venture Capital board of the Botswana Stock Exchange (BSE) has carried its shareholders on a ride of uncertainty, with the coal markets of China and India showing mixed signals and commodity prices staying low.
Last week, Shumba Managing Director, Mashale Phumaphi, acknowledged the South African Energy Minister Tina Joemat-Petterson’s affirmation for the need by the country’s power authority Eskom to purchase 3,750 megawatts generated from coal, as a validation for Shumba’s business model, which was aimed at power provision for the region.
The Minister determined that: “Energy generation capacity is needed to contribute towards South Africa’s energy security.”
The Minister also affirmed that the procurement shall target connections to the grid for the new generation capacity as soon as reasonably possible.”
Phumaphi says the development means Shumba’s approach “has been strengthened and that the company’s investment plan has been significantly de-risked.”
Shumba has gone against the tide of closures by mines in the junior mining sector, with commodity prices down 97 percent in the last five years.
In January, this year, Shumba announced its capabilities to supply the region with power. “We are now in a position where we have two advanced coal Independent Power Plant projects able to supply electricity to the South African Coal Baseload IPP Programme, the domestic Botswana Greenfield Coal Baseload IPP Programme and to other countries in the region,” said the Chief Executive in a statement.
“With Prefeasibility Studies complete at both Sechaba and Mabesekwa we have commenced Bankable Feasibility Studies on each on them,” said Phumaphi. 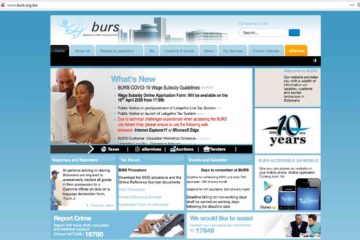