Countries in Sub Sahara Africa including Botswana continue to run short of finance to build infrastructure- and currently record a total of over P480 billion per year as infrastructure funding gap, according World Bank Africa Pulse, a bi-annual report that analyzes the state of African economies.
In the report released last week World Bank estimated that the infrastructural needs of the region will exceed US$93 billion (P930 billion) per year over the next decade and added that to date, only less than half that amount is being provided. “Actual investments in infrastructure amount to US$45 billion (over 450 billion) annually—with more than half funded by the public sector. This leaves a financing gap of US$48 billion per year,” said the bank in the report.
The bank is worried that due to shortage of funding, Sub Sahara has recorded the highest infrastructure gap in the world, resulting with limited trade and economic growth in the region. According to the bank Sub-Saharan Africa ranks at the bottom of all developing regions in virtually all dimensions of infrastructure performance with World Economic Forum Global Competitiveness score of 2.91 clearly indicating that there is a severe infrastructural bottleneck to be addressed.  According to the bank access to electricity in the region is low, as only 35% of the population are connected to power and transport infrastructure is likewise lagging, with the region registering the lowest road and railroad densities among developing regions. The bank stated that despite a doubling in access to sanitation facilities, the access rate remains low, as only 70% of the population has no access to improved sanitation in 2015.
The World Bank has indicated that the performance of the infrastructure sector relies not only on quantity and quality but also on the universality of access and from the point of view of equality of opportunities and poverty reduction, it is important to examine the extent to which infrastructure assets yield services to the broad population rather than just a few: “The data shows that total rates of access to electricity more than doubled during this period, growing from 14% in 1990 to 35% in 2014. Yet, all developing regions significantly outperformed Sub-Saharan Africa in access to electricity in 2014, with universal access to electricity in East Asia. The disparity in rates of access to electricity between urban and rural areas is especially marked in Sub-Saharan Africa, where about 63% of the urban population and only 19% of the rural population had access to electricity in 2014.”
Addressing journalists via video conference last week, World Bank Lead Economist and the author of the report Punam Chuhan-Pole indicated that closing the infrastructure quantity and quality gap relative to the best performers in the world would result with additional growth in GDP and noted that the largest potential growth benefits would come from closing the gap in electric power–generating capacity and narrowing the gap in the length and quality of the road network.  “Growth in GDP per capita for the region would increase by an estimated 1.7 percentage points per year if it were to close the infrastructure gap. Eliminating the quantity gap would deliver 1.2 percentage points higher growth per capita per year while catching up in quality would bring about 0.5 percentage point higher growth per year. The growth effects of the quantity of infrastructure vary by sector, with the largest growth benefits obtained by narrowing the gap in electric power–generating capacity, at 0.7 percentage point higher per year. For quality, improving road quality provides the largest benefits,” said the economist.
She indicated that as a result of the infrastructural gap, countries in the region which majority of them are landlocked have limited openness to trade and the countries tend to record slower economic growth than other countries in developing regions. “However, adequate transportation and communication facilities can help overcome these geographic disadvantages. The region’s problem is that poor infrastructure adds to its geographic disadvantage.”

Taxpayers are about to spend even more on Nkandla upgrades 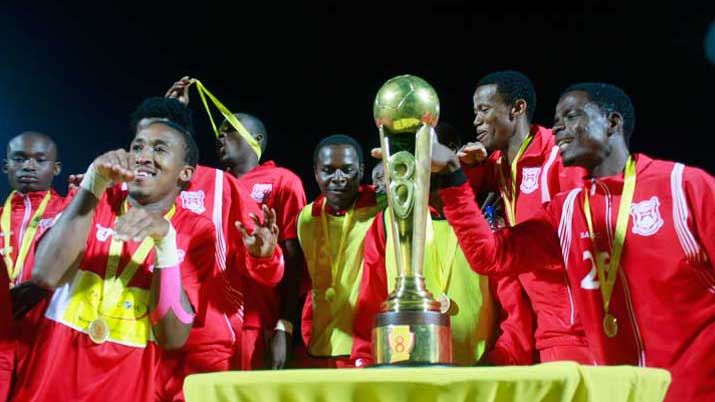