August 1, 2020 Admin
Home»Business»To Fight Covid-19, Only The Formal Economy Is Getting Tax Breaks: The Informal Economy May Be Asked To Foot The Bill
Business/News

As the world grapples with the consequences of the COVID-19 pandemic, vulnerable workers in the informal sector in the global south have been hit hard. Their health is disproportionately at risk. As, for example, vendors working in close quarters and heavily reliant on face-to-face interactions or as frontline care-workers in households, the nature of their businesses makes them particularly vulnerable to contracting the virus. Where medical insurance is tied to employment, their informal status represents a hurdle to accessing proper medical care.

Moreover, the economic consequences of the pandemic are felt particularly sharply for informal workers. As countries across the world are increasingly entering phases of lockdown, home-working and part-time arrangements are frequently unavailable for informal workers, while a collapsing economy puts their livelihoods under immediate threat. A lack of institutionalised sick leave means that for many informal employees, there is an explicit trade-off between their health and their financial survival. As India’s Self Employed Women’s Association recently highlighted, these hardships are also deeply gendered, as pressures on domestic workers and price-gauging in hygiene products affect women in particular.

Tax reliefs miss the informal economy
While countries across the globe have sought to quickly roll out relief efforts to support their economies and workers, many of these programs have not reached their informal economies. As many relief efforts have built on pre-existing relationships between states, workers and businesses, they have inadvertently deepened the gap between formal and informal economies.
Economic relief efforts have largely focused on providing income replacement supports to companies or individuals and on tax reliefs to individuals and businesses. Kenya, for example, has reduced the rate of the value-added tax and corporation tax, while other countries have taken steps to alleviate immediate tax debts for taxpayers, including by extending deadlines for filing tax returns.

But these efforts don’t reach the informal economy: Government wage support or supported furlough schemes are not available to workers in the informal sector. Informal businesses are not profiting from tax relief, as they often don’t pay the full set of formal taxes. Even cuts to the value-added tax may have less an impact in the informal sector: while informal sector businesses may pay VAT on inputs they purchase, low-income populations are often less affected by VAT than is often assumed due to the nature of exemptions and payment thresholds.

Some governments have actively recognised the hardship that workers in the informal economy are undergoing. Even symbolically, this is a valuable step for a sector that is frequently demonised in public discourse. However, in practice, measures that directly aid the informal sector, such as utility bill relief, are still relatively rare. Other promised responses, including direct cash transfers to informal sector works bear considerable implementation challenges. Existing social protection programmes reach only small percentages of vulnerable populations and the feasibility of quickly expanding cash transfer infrastructure is uncertain. Where transfers rely on mobile banking, the digital divide will exclude the most vulnerable.

Post-crisis efforts to expand tax revenue may target the informal sector
While people in the world’s informal economies are fighting to survive the current crisis, there are good reasons to believe that the post-crisis period will see additional pressures put on the already vulnerable sector. The economic consequences for the informal sector will be prolonged. As the global economy is facing a protracted crisis, it is likely to depress demand for the products and services of informal businesses. Further, rising unemployment levels are likely to push more people into the informal economy, increasing competition between informal businesses, with the potential of displacing pre-existing businesses and workers.

At the same time, given the significant costs of the crisis relief efforts, in the recovery period governments across the world will be seeking to raise additional revenue. As the formal tax bases of many developing countries are currently relatively narrow, the informal economy becomes a likely candidate for pressures to ‘broaden the tax base’—particularly given political disincentives to tax the wealthy, which will not entirely disappear over the course of the crisis.

Expanding taxation of the informal sector brings with it significant risks for workers and businesses. While efforts to tax the informal economy may in some cases lead to novel and productive relationships between informal sector workers and state administrations, they also risk leading to the harassment, marginalisation and over-taxation of small informal businesses that are already paying a variety of informal fees and payments. These risks are severely heightened where governments face greater revenue pressures and place less emphasis on the equity and distributional implications of expanding the tax net.

Supporting vulnerable workers in the informal sector during and after the crisis
To ensure that those in the informal economy are not being further left behind, domestic and international policymakers should focus on a few key points when designing relief strategies:

Provide unconditional cash transfers. Despite the noted challenges, unconditional cash transfers remain the most straightforward and practical way to distribute relief that reaches the informal economy. Targeted transfers may have a greater impact on poverty reduction, but that is only true if countries have systems in place to target people quickly and cheaply. Rather than holding registration drives or relying on existing mobile money accounts, Berk Özler notes that a practical way of distributing cash transfers may be to rely on sequenced geographic targeting, using small administrative units to ensure everyone in poor areas receives benefits.

Focus on revenue reliefs that affect informal sector workers. While income tax and pay-as-you-earn liability deferrals do nothing to help vulnerable workers, reliefs on utility fees, market taxes and fees, and mobile money taxes may provide breathing room where it is needed the most.

Recognise that revenue shortfalls often mean that public financing burdens are shifted onto individuals. Where governments are unable to finance key public goods, it is often communities and individuals that fill the gap through informal taxes and fees. Accordingly, when providing revenue reliefs, governments need to consider how to fill revenue gaps—whether through loans, grants, or a greater emphasis on wealth taxes and fighting tax evasion—to ensure both that it is not the poorest that bear the brunt of financing public goods and that the quality of public goods does not dramatically decline.

Prioritise equity considerations in post-crisis fiscal responses. While the most at-risk groups need assistance immediately, post-crisis revenue raising efforts should also keep their economic and political vulnerability in mind. Faced with increasing revenue pressures, policymakers need to be thoughtful about the risks and equity implications of expanding the tax net.
Underlying all of these strategies is an increasingly urgent need for real-time monitoring of the impacts of the global pandemic on vulnerable workers in the informal sector. It is critical that research be undertaken that can help to alert policymakers and inform relief responses to the current crisis.

International Centre for Tax and Development 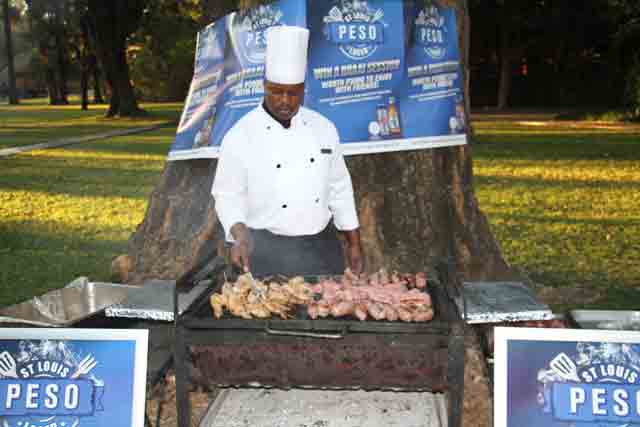