Small and medium enterprises are widely touted as the biggest and most prolific employers in the world. However, this is the sector that is considered too risky to finance by finance houses.
The word Funding sends chills down both the prospective funder and prospective beneficiary, for different reasons. Those who need funding, often anticipate its arrival with red eyes, seeing it as the lifeblood and breathe of life into their business ideas, with other necessary linkages often neglected.  For those who hold the purse, it possibly presents a case of beautiful woman who walks through the Main Mall in Gaborone, ravishing and unescorted. Every suitor wants her but only the best propositioned will win the day. She is risk averse but will also need the most pain free option.
In the face of a risk averse finance sector and a youthful population wanting to escape the poverty and unemployment trap, this presents a conundrum of sorts.
Meanwhile, commercial banks introduce refreshed value propositions for SMEs regularly but shy away from offering that which the businesses need: start up finance.
However, Rapula Otukile, who recently accessed funding from CEDA to start a pharmacy says that “if you have a convincing business model, know the ins and outs of one’s business and not exaggerate numbers, also supported by market research, it is very possible to get finance.”
CASE STUDY
A carpenter, upholsterer and avid car sound engineer, Tapela Russia has been working from the sidewalks of Broadhurst Extension 27 since he was a teenager. His place of business operation is highly visible from the main road that connects BBS Mall with Nelson Mandela highway. The place is inconspicuous, by the wooden dog kernels, tin bath tubs and wooden hubs for car sound woofers and six by nine speakers. This business has raised families for generations.
Russia recalls how he recently lost out on making returns on a tender to make makeshift shops for street vending, for Gaborone Council, simply because he could not finance the P6,000 capital requirements of the lucrative tender which would have given him a P10,000 profit. He also stood a chance to score and extended contract to fabricate many such makeshift shops. “I tried my brother but he also had his challenges, I never bothered with the banks,” he told Gazette Business. The Local Government Purchase Order went to waste.
But Russia is hopeful that he can one day set up his own car sound studio and make better returns from the craft he is so passionate about and considers a calling.
For Russia, it was a case of ignorance of options available to him.
Valerie Molaodi, a consultant at Botswana Export Credit Insurance, (BECI) a short term finance house, says that purchase order financing is one instrument that entrepreneurs can access in order to finance their tenders.
“We finance from P10,000 and we have no ceiling; we look at the merits of each case and take it from there,” said Molaodi.
Molaodi said that BECI would usually charge its 10 percent finance charges after the profits to the client. She said that often finance charges are offset by cash discounts received by the clients.
Observers are of the view that in Botswana, getting funding for a business concept is not a big a problem as in other countries. However, many feel the funding options are only token efforts as they are nearly impossible to access. 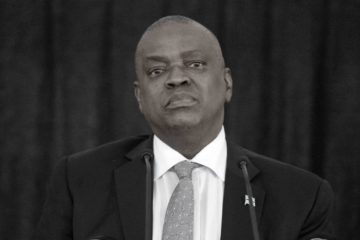