The World Bank has projected that economies for countries in Southern Africa will be positive this year despite low commodity prices that could continue to negatively affect export revenues.
Figures from the report released this week show that Botswana economy could expand from 3.1 percent recorded last year to 4.0 percent in 2017 and 4.3 percent in 2018 and 2019. Other mineral exporting countries, such as Namibia is projected to expand by 5.0 percent in 2017, compared to 1.6 percent recorded in 2016. Namibia’s economy could expand by 5.4 percent in 2018 and 2019. Lesotho could grow by 3.7 percent compared to 2.4 percent last year, while Zambia by 4.0 percent from 2.9 percent. Another mineral exporting economy Mozambique could grow by 5.2 percent, compared to 3.6 percent in 2016. “The outlook for other mineral and energy exporters is generally favorable,” the report notes.
Figures from the report show that Africa’s second largest economy by Gross Domestic Product, South Africa, will edge up to a 1.1 percent pace this year, nothing further that output in the country will be held back by tight fiscal policy and high unemployment that is weighing on consumer spending.
The World Bank has warned that a sharper-than-expected slowdown in China could however weigh on demand for export commodities and undermine prices this year. “Continued weakness in commodity prices could also strain fiscal and current account balances, forcing spending cuts that could weaken recovery and investment,” said the bank.
According to the bank, domestic risks include the failure to adjust to low commodity prices and weak global demand. “Populist pressures may deter authorities from taking the necessary measures to contain fiscal deficits and rebuild policy buffers. A further deterioration of security conditions in some countries could put strains on public finances.”  It also warned that heightened policy uncertainty in the United States and Europe could lead to financial market volatility and higher borrowing costs or cut off capital flows to emerging and frontier markets, a development which could hit heavily traded currencies like the South African rand hard. 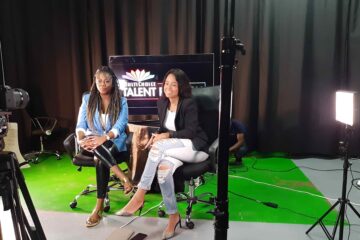