January 16, 2020 Admin
Home»Editorial»Africa must speak out against racist Trump
Editorial

Although it probably won’t make any difference, the African Union and every African leader must call out President Donald Trump over his latest racist chant.
Since he became president of the United States his racist rants have included calling African countries “shit” holes and described Mexican asylum seekers as “rapists and murderers”. Now he has turned on Americans themselves telling a group of Congresswomen that if they don’t like it in America they should “go back to where they came from”.

All these lawmakers are American citizens, three of whom were born in the United States. He reserved his vitriolic attack for the fourth Congresswoman who came to the US as a small child, a refugee from Somalia. During a campaign rally last week in North Carolina attended by thousands of his White supporters he led them in a chant “send her back!!!”

The four women Trump is attacking, who were elected to Congress in 2018, are all people of colour, and Trump does not hide his overt racism. For example, a couple of years ago he said some members of a gang of White fascists marching with Nazi flags in Charlottesville, and killed a young woman, were “very fine people.”

So why should we care what Trump does? If he is a racist, why should we bother, after all, we have lived with racism in a region where racism was seen as a legitimate basis for Government in Apartheid South Africa.

But we should care, and all our leaders must speak out because the Trump administration is real and existential threat to world peace, and it has already brought the Middle East closer to war than at any time in the past 50 years.

His mantra “Make America Great Again” has driven the United States to reject multilateralism and support for international global agreements, and the rule of law. During the first months of his Presidency he pulled the US out of the Paris Climate Agreement when 90% of the countries in the World committed to taking action against the dangers of climate change ,which threatens the very survival of humanity. He unilaterally withdrew the US from the 2015 Iran Nuclear deal. This took 12 years to negotiate between Iran and the, United States, the 28 member European Union and Russia designed to limit Iran’s nuclear ambitions. This action is directly responsible for the current tension in the Persian Gulf which could spark in another war in the Middle East. Both these actions in repudiating international agreements can be traced to Trump’s support from the US energy companies and drive up the oil price to benefit their domestic shale oil production.
Trump is also responsible for the global economic slowdown by initiating trade wars with China and the European Union; as well America’s neighbors Mexico and Canada.

The United States is the world’s dominant military and economic power and wields immense hegemony over the geo-political environment, particularly through its control over the global financial systems under which the US dollar is central to world trade. His weaponization of sanctions and tariffs therefore affects every country in the world.

This is why Africa must speak out. Apart from taking a principled stand against Trump’s overt racism and nativist policies in the United States, his actions threaten global economic development and investment. We would not be surprised if the US revoked AGOA, the African Growth and Opportunities Act under which goods from the continent enter the US tariff free.

The failure of the World, and the United States in particular, to condemn and take concerted action against the rise of Hitler’s fascist Germany’s plans to dominate the world led directly to the Second World War when millions lost their lives, including thousands of Africans fighting on the side of their colonial rulers.

Saturday celebrated the 50th anniversary of the first Moon landing illustrating America’s potential to promote the future of humankind. Does this reflect America’s underlying potential for greatness and global leadership; or do the thousands of white racists chanting “send her home” in the interests of “Making America Great Again” now represent America’s demagoguery that threatens world peace and prosperity? 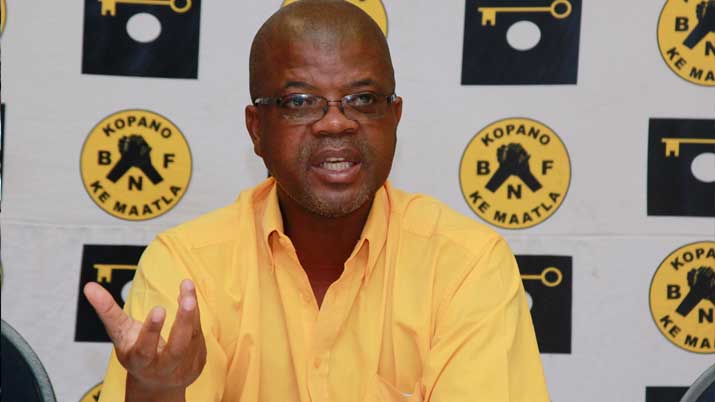