This country never ceases to amaze. Sometime last week, it must have been Thursday when we woke up to news that some wacky design geek had posted on social media a photo edited image of the President wearing what only looked like a Bot50 branded mankini which depicted him half naked. There was serious public outrage and much of the debate morphed into what becomes a litmus test for our so called societal values, the legality of the artistic expression and the ever fierce debate on where freedom of expression as a right should start and stop. A meme is parody art used to express one’s opinions and views in a public commentary and it circulates mostly on the internet. Freedom of speech is the right to say what you want without being legally prosecuted.
One person can say “There is absolutely nothing wrong with having sex with a person who is half asleep,” and the question is, no matter how absolutely nuts this may sound, should a person be thrown in jail for merely making this statement? Some people argue that your right to say things like this should be preserved and even the right of your fervent critics no matter how vile they may be.
While it is obvious that as the press we will always lean towards supporting the protection of the freedom of expression and free speech, here we consider such freedoms in a controversy perpetrated by an ordinary member of the public, and just as for the press, the question is whether or not the freedom of expression is limitless or whether calls to interfere with it where the dignity of other people is supposedly eroded curtails such things as “artistic expression”.
The Botswana society tends to think of itself as having exceptional universal moral values and traditional principles, and there is a general assumption that Batswana have to agree to uphold and view moral standards the same way. Also, by extension, there is a general assumption that public figures should not be criticized in any form, particularly by means which challenge or ridicule their seniority or status as adults, elders or leaders- even if it is meant to make a point. The other side in this argument simply speaks for the freedom of expression as a right enshrined in the constitution. It is not a very complicated debate from a legal stand point but since the law does not deal with emotions, others emphasize that the question of other people’s dignity should involve emotions and a bit of sensitivity about other people’s rights.While these varying viewpoints remain exciting and relevant depending on which side of the debate one is coming from, it is important to note that most people are still able to exhaustively debate this issue because of the freedom of expression that is still largely guaranteed in this country even amidst signs of its erosion. Otherwise we would all be silent and murmuring under our breathes or closed doors: but what this dialogue does is if correctly explored even from the most archaic to the most extremist or liberal of positions is that it is informative.
Freedom to challenge the status quo, however, is increasingly being understood by the civil society who also feel aggrieved by a number of issues. While it is common knowledge that one can get arrested and victimized from airing their views from time to time, people are growing bold and are using several avenues to express their disillusionment.
In other countries there are “public chalkboards” and graffiti as an artistic freedom of expression has room in government city planning, but then again one needs not dictate to the whole society how freedom of expression using art should develop and be accepted. While the debate is taking shape and form it would be a desire that progressive rather than regressive positions on it be taken because if freedom of expression exists to serve as a failsafe for if the government turns totalitarian or does not enjoy popular support- people should be guaranteed space to protest and question leaders, no matter who impassioned their views may be. Also parody or tongue in the cheek satire should be protected while we debate whether artwork is beautiful, distasteful, ugly or intelligent or where the boundaries should be set and what determines their very imposition.
Any serious action taken against art expression would be a regressive step towards infringement of the fundamental human right of freedom of expression. 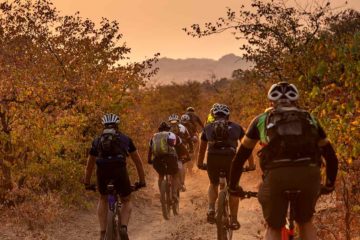